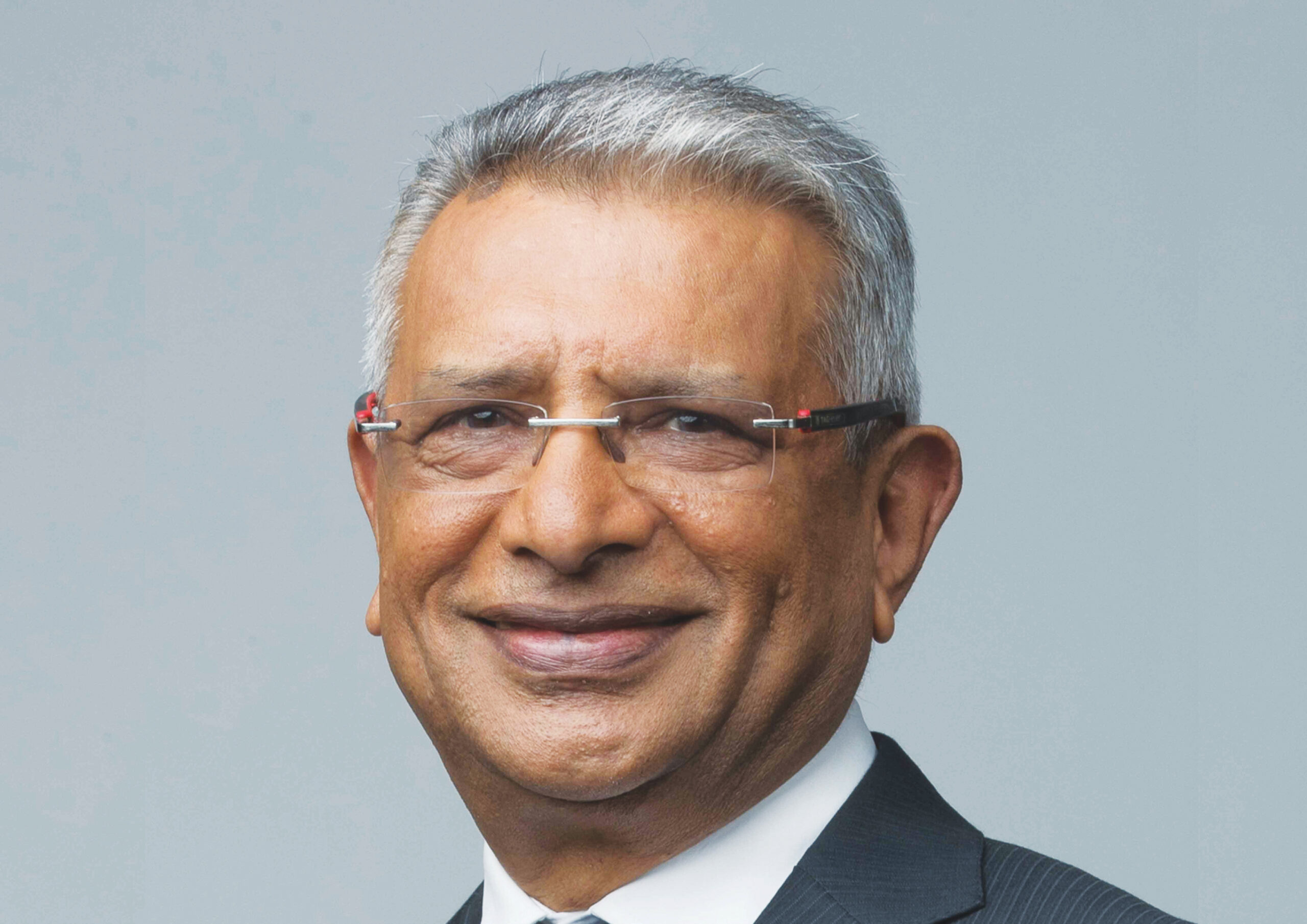 Under Ashok Shah as CEO, APA Insurance has been a Recipient of European Microfinance Award 2019 in recognition for Strengthening Resilience to Climate Change.

The Kingston University educated chartered insurer continues to be active at Apollo Investments as the Group CEO.

Ashok Shah started his insurance career in the UK working with an insurance broker, specializing in Life Insurance and Home Mortgages.

Having come back to Kenya in 1975 for a short holiday, circumstances changed making Ashok to stay on.  In 1977, Apollo Insurance was established and Ashok got involved in General Insurance and Reinsurance.  ‘I had to learn both underwriting and reinsurance of General Insurance classes in order to excel in my work’ Ashok states.

Keen to tell his story in his own words, Ashok adds, ‘I became the CEO of Apollo Insurance in January 1996.  In 2003 the two general businesses of Apollo and Pan Africa were merged to form APA Insurance.  Apollo bought out Pan Africa’s share in 2010.  We then rebranded Apollo Life to APA Life and today as a group we are one of the largest financial services group.’ Ashok became the CEO of APA Insurance in Jan 2004 before taking the helm as Group CEO of Apollo Investment in Jan 2012, a position he continues to hold to date.

I believe insurance is one of the most important products.  It gives benefit to those covered immediately a policy is crafted, created and issued and the first premium is paid.

Recently retired as a non-executive independent director at Absa Bank Kenya Plc (formerly Barclays Bank of Kenya), Ashok Shah preferred to share personal thoughts on the role and effectiveness of a director, for the benefit of knowledge sharing and as his contribution to good corporate governance practice.

‘Directors are bound to act with care, skill and diligence when exercising their duties. This is to say; they are expected to display either the same care as a reasonable person would display in the conduct of his/ her own affairs, or that degree of skill which may be reasonably expected from a person of his/ her knowledge and experience’.

‘Commitments to these expectations and a Board’s acumen and good leadership, shapes your role in that board and guides you in how to be a positive influence while adding value through your adept preparations and contributions during board deliberations,’ Ashok adds.

Ashok served for nine years, first under Barclays Bank of Kenya and recently, as part of the board that guided management as Barclays Plc exited and the bank transiting to Absa Bank Kenya Plc. During his tenure, Ashok served under two chairmen and two CEOs as he witnessed from the ringside board position, the bank transforming from a predominantly a corporate bank to one that has a focus equally on retail banking and a customer-centric organisation culture.

‘My nine years on the board have been full of learnings and significance.  I joined a great bank and leave a greater transformed bank.  In the nine years, I grew my knowledge and expertise in the banking arena.  The management team members who I worked with taught me a lot.  The two Chairmen that I served under had two different board leadership styles and they were both great consensus builders,’ Ashok opines.

I took on the Chair of the Credit Committee on a temporary basis, with the hope that a substantive member would take over. At that time, we were mainly the corporate bank. Luckily, most of the top management had immense institutional memory.  Times were changing and our thoughts as directors needed to be realigned to the bank’s vision too.  I had to instil broader thinking as we needed to be a more comprehensive Bank.

Ashok adds that, ‘Little did I know that I will be the Credit Committee Chair for several years. The Board members on the committee had good knowledge of the marketplace.  On the other hand, the management team were experts in the relationships that we had built up.  To grow we had to look at Kenya’s character, what makes us think’.

The most important ingredient was that the management was majority Kenyan.  They knew the market like the back of their hands. Working to complement this was a board of directors that was not only diversified in experiences, but equally consisted of astute highly skilled and very competent men and women able to work with the management team and help in distilling their thinking.  The board had its own thinking which supported the management as new avenues and business streams were being explored.

The board was clear that we needed to lend to SME’s.  Jeremy Awori had taken over from Adan Mohamed in February 2013.  The bank had started the transformation.    As directors, we are both advisers and critics, to make sure that we look at all the different areas to avoid any surprises and manage risks.

All directors have to be up to date on the areas that affect the organisation by seeking information from management and complementing these with continuous training and development on aspects of corporate governance, people management, legal and financial aspects, to be able to contribute effectively in board deliberations, synthesis of issues and decision making. Directors, in particular, have to be well versed with good corporate governance practices, including aspects of business ethics. For instance, the issue of conflict of interest must be clearly understood. Where conflict of interest arises, all to declare in advance and not participate on deliberations in that particular matter.

The other important aspect is to understand the business and changing circumstances.  The prudential guidelines by the regulators are very strict and have to be adhered to for best practice.  Directors have to be aware of these and be guided in case they are not aware or certain, including on any changes or amendments.

Training as directors, to be certain of the requirements and standards that apply to the business is necessary and compulsory.  In our case there were regular trainings and we participated in the on-going developments and application of new standards such as IFRS 9.

As advise to those with interest to be directors Ashok opines that directors must learn the business, they have oversight role in, potential areas of concern in order to manage or forestall risks and the hotspots where to keep a watchful eye on. A director has to appreciate the fellow directors and management, including their skills and specialisation.  A good director asks the questions that are worrying and ensures he/she obtains the answers that are satisfactory.

Being a director, one carries enormous responsibilities.  To the business, to the shareholders, to customers and all other stakeholders, including the employees, community, creditors, debtors, the government and the environment.  That responsibility requires that you act in the best interest of the business at all times.  You do not allow your personal interest to override that of the organisation. In this way, the business grows and remains sustainable for the long haul, while creating value for both the shareholders and stakeholders.

Ashok concludes by acknowledging the mammoth task the Jeremy Awori, MD and CEO of Absa Bank Kenya has to steer the ship during this transformation and transition from a global to a pan-African bank brand. He states, for instance, that despite the COVID-19 pandemic, Absa Bank Kenya continues to register sterling performance in all key performance indicators (KPI).

Other awards in his honour include Recipient of the 1st Lifetime Achievement award for contribution to the insurance industry. Under him as CEO, APA Insurance has been a Recipient of European Microfinance Award 2019 in recognition for Strengthening Resilience to Climate Change.