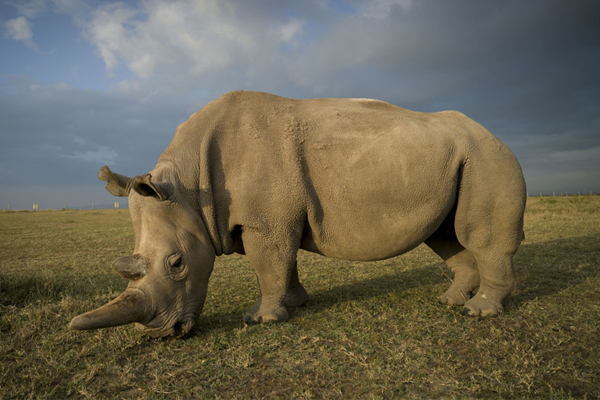 In 2014, Ol Pejeta achieved IUCN Green List status making it one of the first conservancies in Africa to be awarded this.

AS ENCHANTING AS IT IS INSPIRATIONAL

From a working cattle ranch in colonial Kenya to a trailblazer of conservation innovation—the story of Ol Pejeta is as enchanting as it is inspirational, according to its website, which we borrow from heavily to showcase this brand.

Ol Pejeta is the largest black rhino sanctuary in East Africa, and home to two of the world’s last remaining northern white rhinos. It is the only place in Kenya to see chimpanzees, in a sanctuary established to rehabilitate animals rescued from the black market. It has some of the highest predator densities in Kenya, and still manages a very successful livestock programme. Ol Pejeta also seeks to support the people living around its borders, to ensure wildlife conservation translates to better education, healthcare and infrastructure for the next generation of wildlife guardians.

In 2004, the ranch was purchased by the U.K.-based conservation organisation, Fauna &Flora International (FFI), with the financial backing of the Arcus Foundation, a private international philanthropic organisation founded by Jon Stryker. The land purchase was wholly funded by a $15 million donation from the Arcus Foundation, which worked in tandem with FFI and the Lewa Wildlife Conservancy to secure the 90,000 acres of open Savannah grassland and convert it to a national land trust.

The conservation of the natural habitat, located in Kenya’s Laikipia Plateau, ensured the protection of existing rhino, elephant, and other wildlife populations in addition to captive chimpanzees living in a 300-acre sanctuary.

The Arcus Foundation also gave $12 million to fund capital and institutional development costs at the conservancy.  That initial injection of funding allowed Ol Pejeta Conservancy to fulfill its business model as a Kenyan-owned operation benefiting local community development and economic growth in addition to its impact on conservation.

Today, the Arcus Foundation continues to support the conservancy through its membership on the Board of Trustees and the funding of various initiatives.

In 2014, Ol Pejeta achieved IUCN Green List status making it one of the first conservancies in Africa to be awarded this. IUCN Green Listing aims to define excellence in managing valuable natural areas. We have also been awarded the TripAdvisor Certificate of Excellence three years running – a testament to the incredible experiences treasured by all who visit Ol Pejeta.

Ol Pejeta Conservancy is a 364sq km wildlife conservancy situated between the foothills of Mount Kenya and the Aberdares and its game-to-area ratio tops the Kenyan park and reserve league. The Ol Pejeta Conservancy in Kenya has over 10000 large mammals and it is the only park where the big 5 and chimpanzees can be seen. It is also where the fastest growing population of rhino in Africa can be found. There is southern white rhino, about 80 endangered black rhino and in a special sanctuary there are two of the world’s last remaining northern white rhino.

Since being established in 1988, Ol Pejeta has had a colourful list of previous owners including Lord Delamere, an early and influential settler from Britain, shipping tycoon Aristotle Onassis’ father Roussel and the arms dealer Adnan Khashoggi. It was set up originally as a cattle ranch but herds of migrating elephant regularly destroyed the fenced enclosures making intensive cattle farming impracticable. Cattle still plays a role in Ol Pejeta today but as a managed livestock within the conservancy and is used to maximise the bio-diversity of the land, making Ol Pejeta an integrated wildlife and livestock area.

The conservancy is keen to educate as well and has an Environmental and Conservation Centre that welcomes around 100 Kenyan schools through its doors annually. The Centre focusses on teaching ecology, culture and the importance of sustainable wildlife management to safeguard the future of the conservancy. Visitors can also learn about local culture and traditions by meeting the peoples of the Samburu, Turkana, Pokot and Maasai.

Activities in Ol Pejeta Conservancy include the Ol Pejeta Endangered Species Boma. The Endangered Species Boma is a must-see for any trip to Ol Pejeta. Here visitors can meet and learn about the Northern White Rhinos which are critically endangered with only two left in the world. Both of them are here and visitors can have the unique experience of seeing these majestic creatures up close. The boma also has six southern white rhinos, two black rhinos and numerous Grevy’s zebras and Jackson’s hartebeest.

Baraka was one of the first rhinos born on the Ol Pejeta Conservancy. After losing an eye to an infection following a fight, he unfortunately developed a cataract in the other eye and subsequently became completely blind. With a low chance of survival on his own, Baraka was moved from the wild to a 100-acre enclosure in order to ensure his safety.

Baraka is now an ambassador for his species–and a popular attraction at Ol Pejeta. There is a feeding platform from which visitors can get up close to view and feed him, an experience not to be missed.

Chimpanzee Sanctuary was formed in 1993 as a joint alliance between The Jane Goodall Institute and Kenyan Wildlife Services. This sanctuary was established as a refuge for orphaned and confiscated chimpanzees and is the only place in Kenya where non-indigenous chimpanzees can be seen. The Sanctuary provides a permanent refuge in as natural environment as possible—the 40 or so chimpanzees are protected on an island and access to see them is by boat.

While in Ol Pejeta, take this unique opportunity to head out on Ol Pejeta Conservancy to track the lion population. It is a great way to support the conservation project and to learn more about these fascinating animals. All of the information gathered is passed on to the Ol Pejeta Ecological Monitoring Department. Guests remain in the vehicle at all times.

Junior Ranger Program ensure your junior safari goers make the most of their time at Ol Pejeta by enrolling them as a Junior Ranger which will enable them to discover and develop a love for nature through a series of engaging and fun exercises across Ol Pejeta.  They will complete a special conservancy program covering everything from wildlife tracking to wilderness survival. It is suitable for children from the age of 4 to 12 years.

The Morani Information Centre offers visitors the opportunity to learn about the different wildlife species that live on Ol Pejeta; from anatomy to behaviour to habitat. It also offers an insight into how Ol Pejeta Conservancy works on a daily basis to safeguard wildlife and preserve wilderness. There is also a converted rhino transportation crate to explore!

Ride with Rhinos in Ol Pejeta takes place in the morning or an evening, through a ride within the 600-acre Endangered Species Enclosure, accompanied by knowledgeable staff on Ol Pejeta’s safari horses. These rides will take you on a journey through a predator-free area set aside by Ol Pejeta for the recovery of the northern white rhinoceros. As well as meeting the last three remaining northern white rhinos on the planet, you will ride through herds of the highly endangered Grevy’s zebra and Jackson’s hartebeest. You will also encounter many other species including southern white rhinos and a myriad of plains game. Morning and evening rides will conclude with tea and cake at the nearby Morani’s Restaurant.

The rides will only be open to experienced riders and some proof of riding ability will be required at point of booking; clients judged to be of insufficient riding ability will not be permitted to undertake this activity. Ol Pejeta will supply all tack and riding hats; clients will be responsible for their own attire. It is recommended that legs and arms are covered.