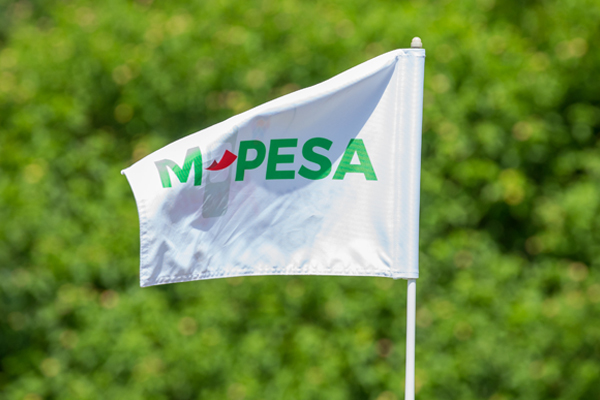 Launched in 2007, M-PESA started as a person-to-person mobile money transfer service and has evolved through the years.

The role of mobile payments in Kenya’s financial system and overall national economy cannot be gainsaid. The Economic Survey 2020 notes that the value of mobile commerce transactions in Kenya grew close to four times between 2017 and 2019, expanding from Sh1.75 trillion to Sh6.95 trillion (more than double our national budget) over the period.

M-PESA has been the main driving force behind this explosive growth. Data from the Communications Authority of Kenya (CA) indicates that the Safaricom-owned mobile money service accounted for 30.2 million of the 30.5 million registered mobile money subscriptions in Kenya at the end of 2020, giving it a market share of 99 per cent.

Launched in 2007, M-PESA started as a person-to-person mobile money transfer service and has evolved through the years to include other service offerings such as savings, loans and business payment solutions for both individuals and enterprises. Safaricom’s investments into M-PESA over the years have paid off. Revenue from M-PESA represented 33.6 per cent or Ksh84.4 billion of the Ksh251.22 billion total service revenue reported in Fiscal Year 2020. In comparison, revenue from voice represented 34.5 per cent of total service revenue during the same period, meaning M-PESA is now at par with voice in terms of its contribution to Safaricom’s performance. This is in stark contrast to 2010 when Safaricom derived more than 75 per cent of its service revenue from voice and less than 10 per cent from M-PESA, underlining the rapid growth that M-PESA has enjoyed over the past decade.

M-PESA has not only been a boon to Safaricom’s shareholders, but also to millions of Kenyans who have benefited directly and indirectly from the service. First in line among the direct beneficiaries are M-PESA agents, who numbered more than 170,000 by the end of 2020, according to the telco’s Annual Report. Safaricom’s agency model has been lauded for its inclusive approach. Agents earn commissions on transactions such as cash withdrawals and deposits, allowing Safaricom to deliver shared prosperity across its stakeholder ecosystem.

Another key category of direct beneficiaries are small businesses, particularly micro-enterprises. They’ve benefited from the Lipa Na M-PESA service that allows customers to pay electronically for amounts as low as ten shillings, enabling them to overcome challenges related to coinage and increase their turnover. Small enterprises and traders have also benefited from access to savings and loans facilities through M-Shwari and KCB-M-PESA.

M-PESA has also acted as an agent of change and transformation in the wider financial services sector and helped spark the financial inclusion revolution that put Kenya on the map globally. Many copy-cat services have sprung up in recent years following M-PESA’s launch. Major banks have also integrated mobile money into their service offering and some have gone as far as entering the micro-lending space, where M-PESA had an early-mover advantage. Fees across the financial services sector have declined as a result of these moves, helping millions access services that were in prior years considered the preserve only of the rich and educated.

From Kenya to the world

After a successful run in Kenya and a select number of countries in Africa, including Tanzania, Ghana and Egypt, Safaricom is now setting its sights on the global market through the launch of the M-PESA “Super App”. The app will open a new and exciting chapter for the service as users will be able to transact from anywhere in the world by simply logging into the app via their smartphones.

“Our customers can pay bills, do shopping; they can do international money transfer from over 200 countries…today, over $2.3 billion terminates into M-PESA from the diaspora community,” an elated Safaricom CEO Peter Ndegwa opined, during the virtual launch of the app, which is available on both android and iOS last July 2021.

The M-PESA Super App is expected to be widely adopted by the Kenyan diaspora community, who number more than 3 million according to data from the Ministry of Foreign Affairs. Last year, the diaspora community sent $3.09 billion back home (about Ksh333.4 billion), up 10.7 per cent from $2.79 billion (Ksh301 billion) a year earlier, according to data from the Central Bank of Kenya (CBK). In the first quarter of 2021, they remitted $829 million (Ksh89.4 billion), the highest in any recorded quarter, despite the adverse economic environment occasioned by the Covid-19 Pandemic.

Remittances remain a stable and growing source of forex and M-PESA will likely benefit as most Kenyans in the diaspora currently have to send money via a third-party service platform before the recipients can receive the funds in their mobile wallet. M-PESA is cutting out the middleman and could see an exponential growth in the value of diaspora transactions on its platform following the launch of the Super App.

Since it is network agnostic, the M-PESA Super App is also targeted at users doing transactions outside Kenyan borders and will compete directly with the likes of PayPal and Alipay in developed markets. “Globally, we are looking at it like an over-the-top player, similar to what uber is. It’s more like uberising M-PESA since the app can be network agnostic. You need to pair the app with your SIM card as per know your customer (KYC) regulations. Then you can use it on any data source or Wi-Fi connection without having the SIM card in,” explained Sitoyo Lopokoiyit, the newly appointed managing director of M-PESA Africa.

While M-PESA is irrefutably one of Kenya’s most recognizable and valuable brands, its best chapters are still ahead, yet to be written. The global market presents an unparalleled opportunity to build scale and strengthen its brand equity in a short time, given widespread use of smartphones.

M-PESA is the future of money, as its slogan goes. And customers all able to send, save, borrow, inves, shop, order, pay, book and travel, with or without data bundles with the new M-PESA App. It is a top brand transforming lives.

M-PESA is a Safaricom Plc brand that continue to win awards globally.