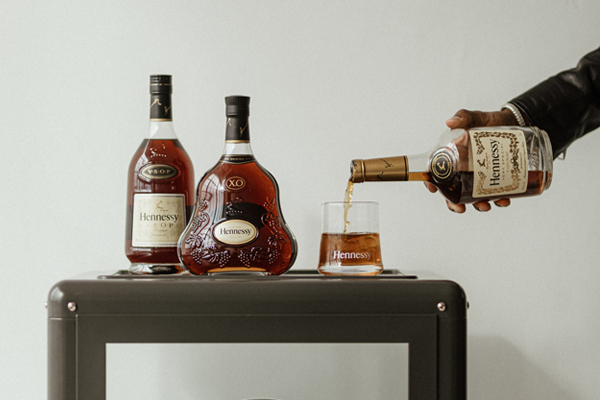 The sale of Hennessy drinks has been growing year after year, thanks to the sophistication of the middle-class, who now desire fine things in life.

HENNESSY: WHY IT RANKS TOP IN KENYA

The story of Hennessy started in 1765, and it has gone beyond a mere alcoholic drink. From the time it was created by a Catholic army officer, Richard Hennessy, he would never have imagined that his Cognac would travel the world, ignore borders, challenge traditions, and find appreciation in more than 140 countries, including Kenya.

In Kenya, what most drinkers love most is Hennessy VS, Hennessy VSOP, and Hennessy XO. The difference between these three expressions is how long the Cognac is aged and blended. The VS (Very Special) indicates that some of the Cognac in the bottle has been aged for a minimum of three years, VSOP (Very Superior Old Pale) a minimum of seven years, and XO (Extra Old) a minimum of 15 to 30 years.

The sale of Hennessy drinks has been growing year after year, thanks to the sophistication of the middle-class, who now desire fine things in life. Kenya is now the number three market in Africa, after South Africa and Nigeria.

What has made Hennessy, the world’s largest maker of Cognac, stand the test of time is its obsession with lineage, obsession with tradition, and obsession with preserving methods used to make the Cognac. Their distillation process has remained unchanged for centuries. The long, delicate distillation keeps the soul of the Cognac. What you drink today is what your great-grandchildren will drink in 100 years. Consistency is critical for a luxury brand.

For instance, the Hennessy cellar reserve has one of the largest collections of Eaux-de-vie {young alcohol that becomes Cognac once aged}. It has over 350,000 barrels stored in 100 cellars. The inventory, Hennessy says, “is the legacy of its predecessors, which they have treasured for over 200 years.”

“Hennessy prides itself in perfection and strives to make and bottle only the very best. Hennessy has a committee of 7 master blenders tasked with tasting and judging the Eaux-de-vie based on its maturation and taste before it is blended and bottled,” says Alexandre Helaine, the Eastern Africa market manager for Moët Hennessy.

For two centuries now, the Tasting Committee has met every day at 11 am. They meticulously taste each Eaux-de-vie, then select or reject it according to their strict quality standards.

“This ensures that only the highest quality Eaux-de-Vie is bottled. The members of the tasting committee are 7 to minimize the margin of error. The process is extremely rigorous. The masters are also tasked with teaching their successors about the rich Hennessy heritage to ensure the brand quality remains intact for many years to come. Consistency is key,” Mr. Helaine adds.

Hennessy continues to be highly embraced across Africa, thanks to its moving narrative thread that runs through people’s daily lives, from music lovers, basketballers, photographers to artists. The cognac brand has had a significant influence on hip hop, such that the Hennessy cognac is one of rap’s most popular liquors, by the likes of Drake, Snoop Dogg, Lil Wayne, and Tupac Shakur.

Some drinkers were introduced to it by the legend Tupac Shakur who sang about Hennessy. When Tupac said, ‘Hennessy, that’s what we drink,’ that was it. It became and has remained a distinguished Cognac that separates them from the crowd. For others, it is the desire to drink better quality liquor brewed with over 200 years of craftsmanship and precision.

Hennessy is now appealing to a younger audience, once a preserve for the older, wealthy generation or connoisseurs. Passionate mixologists are crafting flavourful creations, shaking up Hennessy with everything from ginger ale, apple, orange, or guava juice to adding a pinch of cinnamon and black pepper, making it the drink of choice. The food and alcohol pairings have also elevated the Cognac on the dinner table.

Hennessy may be the first cognac brand to be present on five continents, with millions of people enjoying its distinct peppery flavour, intertwined with a hint of chocolate and oak notes interlaced with vanilla, but its story goes beyond the taste.

A look at the future, Hennessy, the cognac maker, is keen on the environment and playing a crucial part in helping to preserve the ecosystem. Hennessy aims to plant trees on 400 hectares of land in Kenya, starting with Mount Kenya, as part of a 50,000 hectares restoration plan globally.

To keep basketball alive and drive the game forward, the cognac brand recently became the first global spirit to partner with the National Basketball Association. Hennessy was also part of the inaugural Basketball League of Africa held in Rwanda at the end of May.