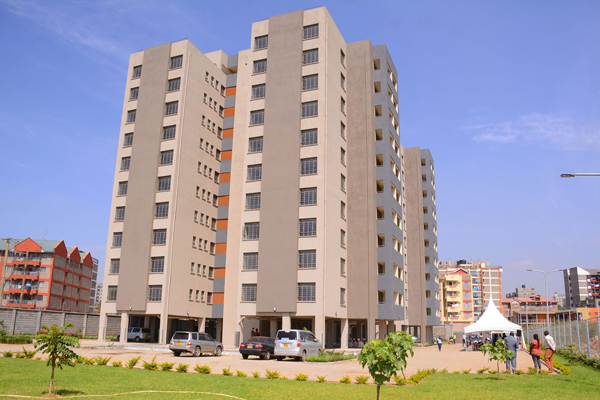 HF Group’s Board and management have put in place a turnaround strategy aimed at improving the liquidity position, capital, and loan asset quality.

HF is the rebrand from Housing Finance. Few financial institutions have had a more profound impact on the growth and development of Kenya’s residential and commercial real estate sector than HF Group. Founded in 1965, the mortgage financier holds the distinction of being one of the most potent catalysts behind the country’s rapid urbanization. HF Group helped fund the construction of iconic estates in Nairobi such as Buru Buru and Komarock in the 70s and has been instrumental in increasing home ownership in the decades that followed through the provision of reasonably priced mortgages and construction loans to thousands of Kenyans, including civil servants.

Thanks to its rich heritage and solid financial backing, the firm has appealed to both prospective homeowners and professional investors, who have either partnered with it to fund residential and commercial real estate developments or invested in its growth through the purchase of its shares and corporate bonds in the financial markets. The firm’s 1992 debut on the Nairobi Securities Exchange (then the Nairobi Stock Exchange) was oversubscribed by more than three times. Similarly, its corporate bond issue in 2010 raised Ksh7 billion, a 41 per cent oversubscription from the original target of Ksh5 billion. Today the firm has an asset base of more than Ksh50 billion, underscoring the transformative growth it has been able to achieve since its founding.

It is telling those defaults on mortgages across the overall banking industry jumped 48 per cent to Ksh70.5 billion in the year to March 2021, according to CBK data, highlighting the widespread distress in real estate in the wake of the Pandemic. No other sector recorded a bigger jump in non-performing loans.

Against the backdrop of this difficult operating environment, HF Group tapped the leadership and experience of seasoned banker, Robert Kibaara, to turnaround the ship. Kibaara, who assumed the position of CEO in December 2018, has over 26 years’ experience and an excellent record of accomplishment in successfully driving change, revenue mobilization and delivering outstanding business results in leading banks. He previously held the position of Retail Banking Director at NCBA Bank Kenya Plc and has held other executive positions at National Bank of Kenya, Standard Chartered Bank and Absa Bank Kenya Plc. (formerly Barclays Bank of Kenya).

Like any turnaround CEO, Robert Kibaara’s first order of business was stabilizing the ship and instilling a renewed sense of purpose and corporate culture change within the organization – something he has done exceptionally well.

“We accelerated our digital banking strategy and investment in technology to leverage emerging opportunities. We have revamped the HF Whizz digital banking channels: mobile banking, online banking and WhatsApp banking, to provide an enhanced self-service experience including enabling customers to view all their deposit and loan balances on the app as well as instant access of deposit statements,”

says Kibaara in a statement.

The digital-first approach has not only improved efficiencies, but also enriched the customer experience, in line with the turnaround CEO’s strategy of making customer experience a point of differentiation for the lender.  It is worth noting that in 2020, transactions on HF Group’s digital platforms grew by 17.9 percent to 1.24million up from 1.05million transactions in 2019.

The firm’s continued recovery has not gone unnoticed among its key investors. Britam Holdings Plc, which owns a significant stake in HF Group, early this year advanced the lender Ksh1 billion loan to help fund the next phase of its turnaround, which is transitioning into a full-service bank.

HF Group’s overreliance on mortgages and real estate development has left it exposed to the downturn in the real estate sector. To mitigate this, it is now consolidating into a full-service bank.

“We have decided that since the bank is solely dependent on a single sector, we need to diversify into a full-service bank. We are not pulling out of mortgages but we are diversifying our business to make the company more sustainable,” says Robert, clarifying that the bank would not get directly involved in any new real estate projects but focus its attention on high growth areas like short-term lending to MSMEs and retail customers.

The bank’s shift to retail banking is already exhibiting early signs of success. Its Annual Report indicates that deposits grew by Ksh3 billion from Ksh38 billion in 2019 to Ksh41 billion in 2020 thanks to aggressive retail deposit mobilization. This came at a time when many banks were struggling to grow deposits owing to the effects of the Covid-19 Pandemic on businesses, employment and savings.

HF Group’s Board and management have put in place a turnaround strategy aimed at improving the liquidity position, capital, and loan asset quality. Towards this end, the Group’s business segments, namely Retail, SME, Treasury (as a business) and Institutional Banking, have been revamped and have become key strategic pillars in improving deposit mobilization and generation of revenue. The Bank has also introduced new business segments including Diaspora Banking and Public Sector banking. The new reorganized full-service proposition of the Bank is profitable at an operating profit level before provisions, underlining the progress Robert Kibaara and his management team have made in restoring the bank’s glory and scaling it to new heights, within a span of only two years, since taking over.

Robert Kibaara is a career banker and business leader with a track record of supporting, inspiring and motivating a team to deliver outstanding performance. The HF Brand is leveraging the unique combination of banking, finance and marketing background of Robert to transition into a full-service bank. Robert is an Associate of the Chartered Institute of Marketing and holds the Professional Post Graduate Diploma in Marketing, in Marketing from the Chartered Institute of Marketing in the United Kingdom (UK) and a Bachelor’s Degree in Banking and Finance from the University of Sunderland. 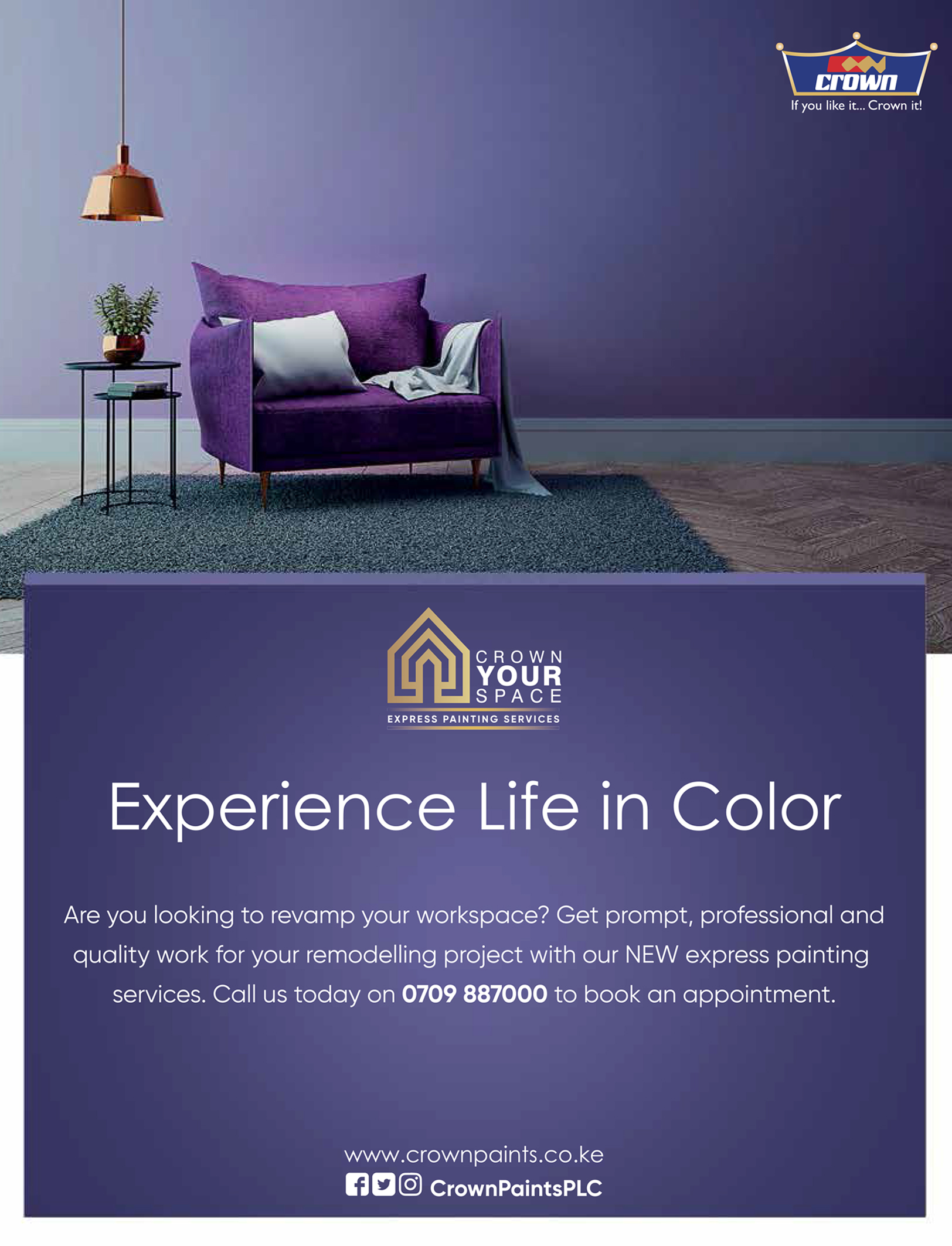 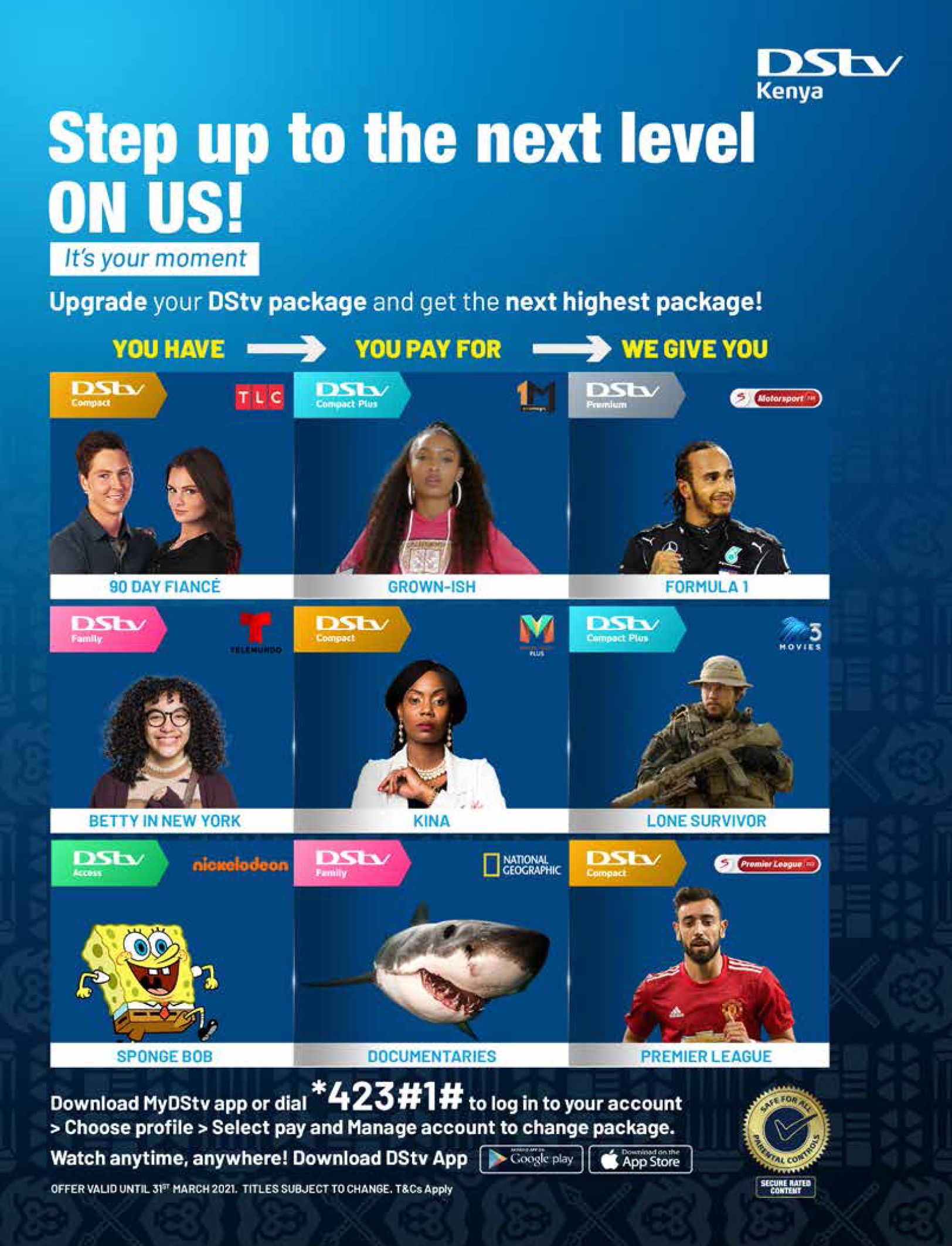 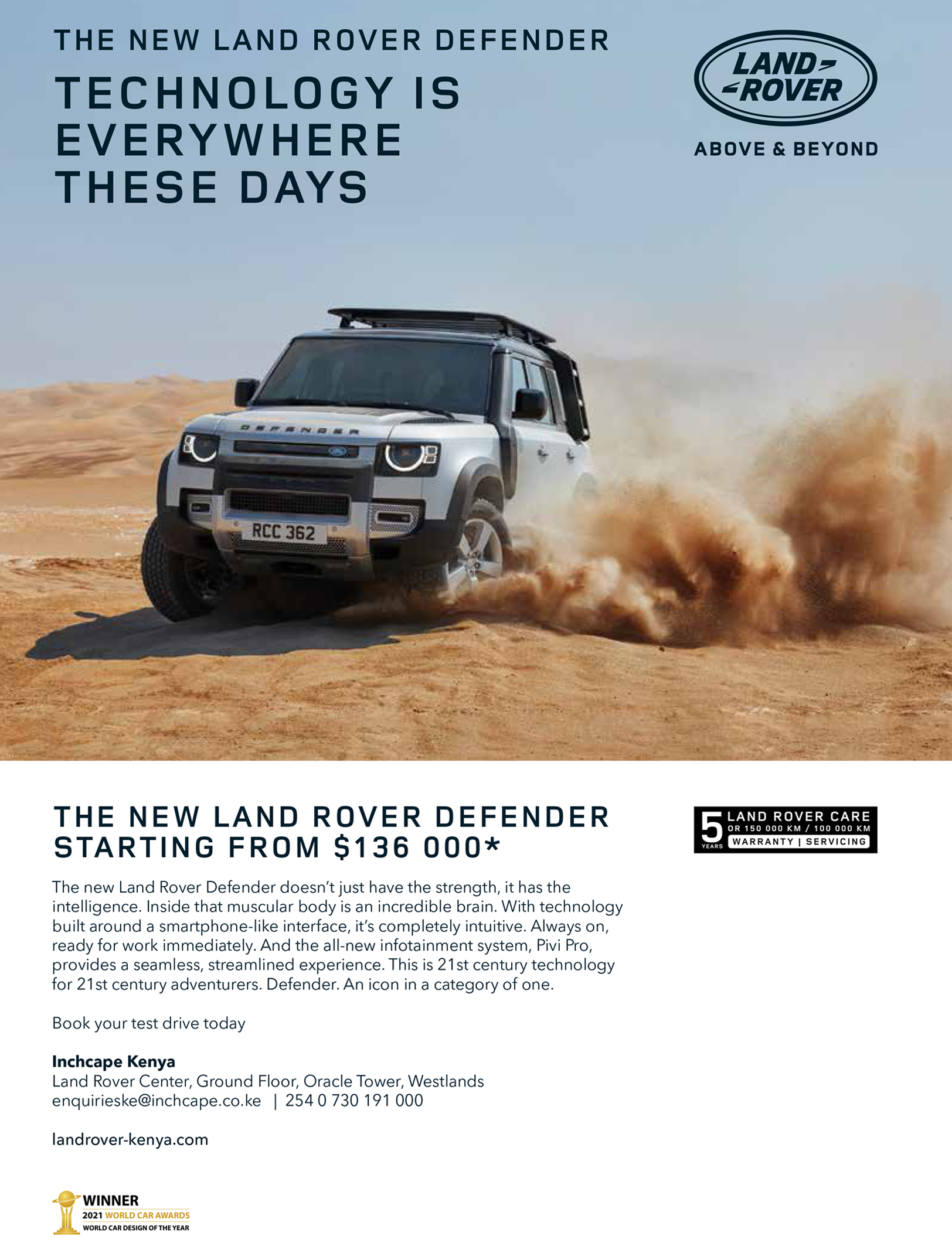 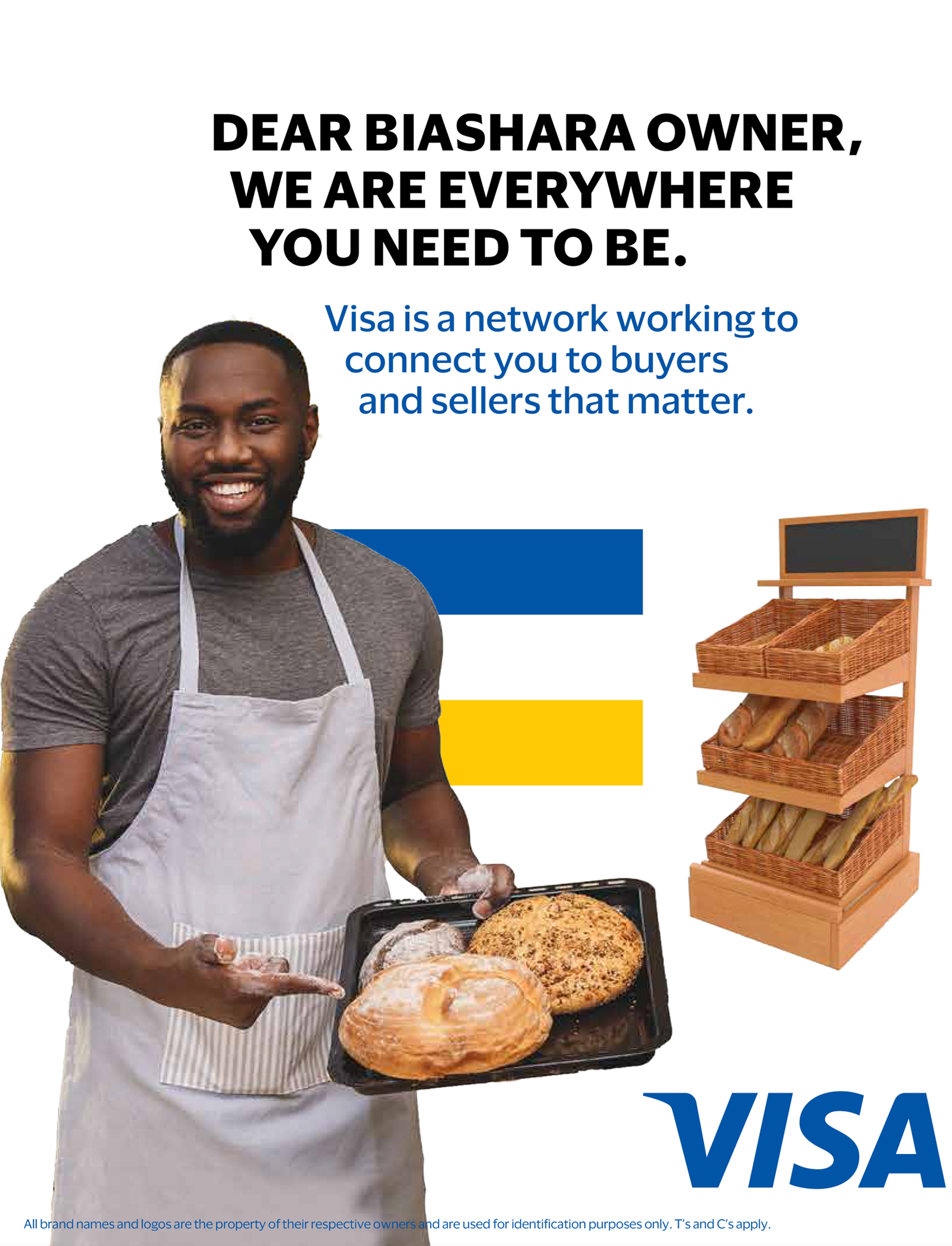 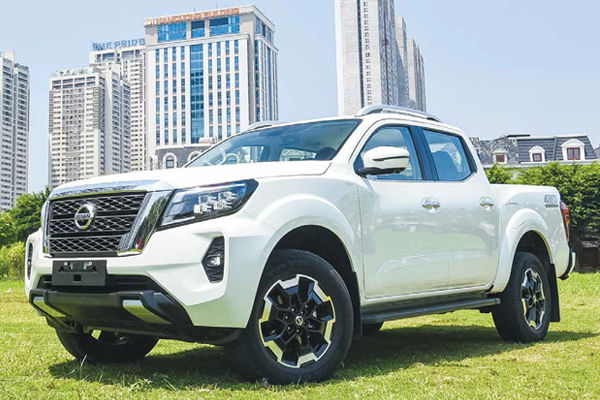 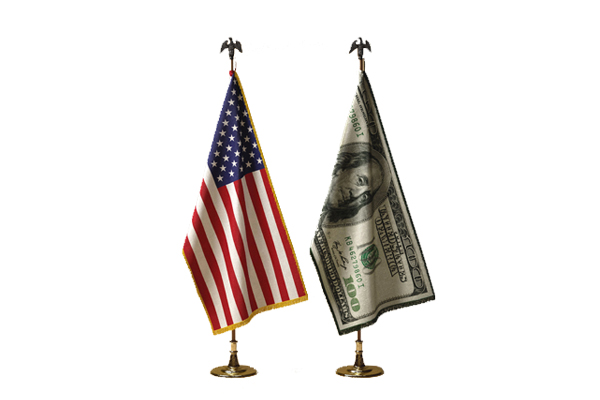