To stay in the game, directors need to rewire corporate missions and bring new faces to the table 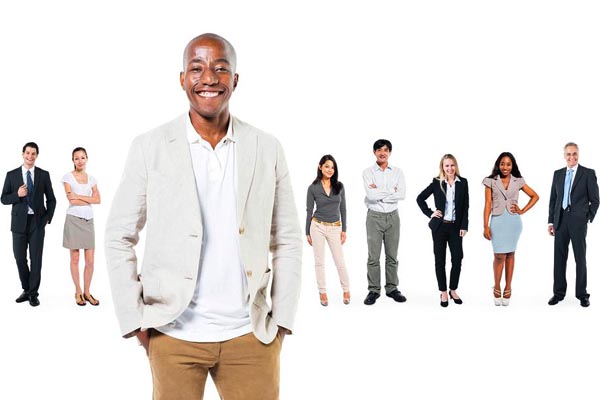 To stay in the game, directors need to rewire corporate missions and bring new faces to the table.

In the first ever case of its kind, ClientEarth – a UK-based organisation that works with NGOS to fight legal battles on environmental issues – is taking Shell’s board of directors to court for failing to properly prepare for an energy transition. This involves moving from carbon-emitting fossil fuels in line with climate science, and at a pace and scale that aligns with the Paris Agreement goal to keep global temperature rises to below 1.5°C by 2050.

In mid-March the campaign group began legal proceedings based on the claim that Shell board’s mismanagement of climate risk puts it in breach of its duties under the UK Companies Act. Under English law, company directors have a duty to assess, disclose and manage material risks to the company.

In an age-old narrative of litigation where the interests of the planet and public are often out-gunned by the corporate dollar, pound, renminbi or rupee, the entrance of an empowered NGO into the courtroom arena to strike at the legal duties of the board changes the rules of the game. And it should make board directors everywhere sit up and take note.

In March, the Institute of Directors stated it was: no longer tenable for British directors to be involved in governance roles in the Russian economy.

It called on them to do their “moral duty” and resign over the invasion of Ukraine.

In a poll of its members and wider community, 86% supported the view that all British directors should now resign their Russian board mandates. Many answered the call and relinquished their well-paid positions in Russian companies, but some chose to stay put, risking public opprobrium and legal action.

Larry Fink, US billionaire and chairman and CEO of the investment company BlackRock asked CEOs in his now-familiar annual letter this year if they wanted to be a dodo or a phoenix. He stated categorically that stakeholder capitalism is capitalism, driven by mutually beneficial relationships between you and the employees, customers, suppliers, and communities your company relies on to prosper.

Into this context the Intergovernmental Panel on Climate Change released its latest assessments. They outlined with brutal clarity the effects of climate change and the narrowing window for action left to humanity. In his response to the latest mitigation report UN Secretary General Antonio Guterres laid out the facts for everyone when he said: Some government and business leaders are saying one thing – but doing another. Simply put, they are lying.

Boards are facing pressure from inside and outside the tent to find relevancy and step up to the new world order.

And it is clear that to respond to this new challenge, board directors need to pay full attention to the state of society and the planet for the simple reason these are two vital elements of their operating space. If our climate and nature can’t thrive, nor can business. As many an activist and sustainability thought-leader has put it “you can’t do business on a dead planet”.

Social instability or violent conflict can undermine economic growth and development – revolution or war, even more so. Scarcity of vital ecological “infrastructure” – such as water, or the agricultural conditions needed to feed the near-nine-billion global population, will threaten the business prospects or operations of many companies.

Building on earlier scholarship work on corporate transparency, my current research focus on shifts in corporate law and governance indicates that directors will increasingly be held to account for failures to take such external risks – and their companies’ contribution to causing them – into account.

From many years of experience serving and advising boards, my sense is that directors are “diligently coasting”. They deliver what’s expected rather than seeking what is needed.

Now, a step-change is needed.

The danger of being blind-sided

A combination of systemic shocks and global pressures suggests a seismic ratcheting up of risks and also social, legal and political changes. When pent-up concern suddenly catalyses an epochal reaction, businesses may be blind-sided or flat-footed in response. A critical piece of self-reflection is recognising that it is often the business-as-usual practices of the for-profit sector that is eroding social well-being and environmental integrity, or that of their wider value and supply chains.

In theory at least, non-executive directors are best placed to bring this perspective to bear – provided they are sufficiently well informed and have the independence of mind to challenge a status quo approach. They will need to provide new direction and oversight.

Hence, resetting the mission of a company so that profitability is a means to an end – the organisation’s social purpose – and not an end in itself is essential.

In practice boards must have the right information at their disposal so that they can benefit from strategic foresight. To this end they need to build their ability to understand the complex context in which business must operate, the tough systemic changes that characterise the current era of global change (social, economic and political as well as environmental). In turn, this will enable directors to ask the right questions of their executives.

The change will take courage as well as new skills – and in most cases new and different kinds of board members. Greater gender, ethnic and cultural diversity are vital, and recruitment must look beyond business alone, to welcome members from the non-profit and public interest sector. Many boards are already progressing with diversity and inclusion, often in response to the regulatory environment. In Norway, Spain, France and Iceland, for example, the law requires that women make up 40% of board members at publicly listed companies.

However, age continues to be a blind spot. A 2018 survey by the consultancy firm PricewaterhouseCoopers showed that the average age of board directors in top US listed companies was 63 and with just 6% of directors 50 or younger. Only 21% of directors highlighting the importance of age diversity.

Younger generations are looking down the barrel of an increasingly volatile world where their futures are at stake. Without a doubt they must have representation at the table to challenge existing narratives and accelerate understanding and action.

These unusual board voices, often bringing with them the perspectives of those willing to risk everything – freedom, career, media opprobrium – to change the climate, nature and social sustainability discourse, offer the fastest route to positive disruption. Their meaningful inclusion is vital; the future legitimacy of the corporate board will depend on it.

It is time for boards to challenge the sacred cows of business-as-usual and refashion themselves in response to the new reality. They must step up to meet the challenge of the age and ask the difficult questions. This is the gauntlet we at the University of Cambridge’s Institute for Sustainability Leadership are throwing down to boards – to reset their mission and rewire their approach to leadership, so as to fundamentally rethink the role of business in society and the economy.

This article was originally published on The Conversation April 20, 2022