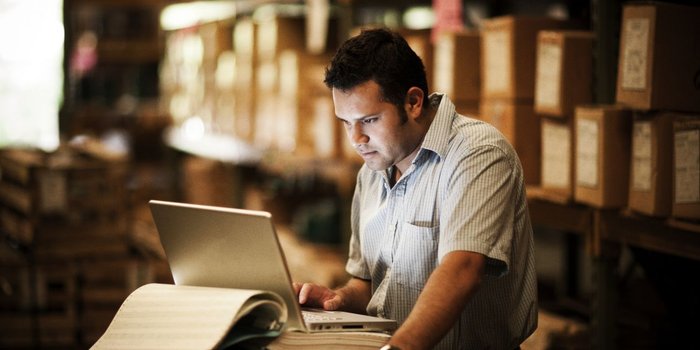 In universities, academic freedom is desirable because their work is to search for truth, transmit knowledge and, often, speak truth to power. Constraints on this freedom threaten the very essence of the university’s purpose

In universities, academic freedom is desirable because their work is to search for truth, transmit knowledge and, often, speak truth to power. Constraints on this freedom threaten the very essence of the university’s purpose

Academic freedom is the right enjoyed by university teachers to teach, research and write in their areas of expertise without fear of retribution by institutional powers or political authorities.
In universities, academic freedom is desirable because their work is to search for truth, transmit knowledge and, often, speak truth to power. Constraints on this freedom threaten the very essence of the university’s purpose.
Fundamental to academic free-dom is autonomy: the ability of universities to make internal deci-sions independent of state control, or control by any outside agent. Generally, this means that academic freedom cannot be divorced from its financial base.
There are 37 state universities in Kenya and 23 private ones. The state subsidy to public universities has fallen dramatically.
For about 20 years, since the state cut its budgets, Kenya’s univer-sities have been shaped by a drive for profit to cover operating costs. In 2011 private revenue – from streams like tuition fees, programme fees and contract research – actually exceed-ed state subsidies in Kenya’s top five public universities.
This commercialisation of learn-ing means the role of university authorities is that of fundraisers and managers, rather than leaders and defenders of academic freedom.
In addition to this, since the bulk of research funding is from international donors, the focus is on applied scientific research and mul-tidisciplinary studies. Basic sciences and humanities – the building blocks for critical thought and action – are neglected.
Evolution of academic freedom Kenya’s public universities have gone through two eras which have both placed constraints on academic freedom.
From 1963 to mid-1990 the state was the sole financier of the univer-sities. It was also dominant in the management of university affairs. Academic freedom took a back seat.
In this post-independence era, university enrolment stood at 452 undergraduates in 1963. It eventual-ly rose to 5 454 undergraduates and 1 383 postgraduates in 1983.
The institutions had a narrow focus: train people for the indepen-dent state. Emphasis was on subjects that enhanced national development. This included agriculture, engineer-ing, medicine, and government. Subjects that encourage critical lib-eral thought – like literature, history, sociology – were considered less cru-cial for development.
Academic freedom was threat-ened further by politics more broad-ly. During this time the country was an authoritarian one-party state. Academic community activism against this resulted in the arrest, imprisonment and exile of academ-ics and campus closures. Academics also censored themselves in their teaching and writing.
From mid-1990 to the present, threats to academic freedom have arisen from the rapid expansion of the higher education sector, which now operates as a market.
Market forces
About 20 years ago, the government cut university budgets as part of cost-saving measures. It also liber-alised the higher education sector by allowing private sector actors to finance and develop universities.
It also meant that public univer-sities had to generate revenue from the market place. The universities are expected to employ business operating models, observe a corpo-rate governance ethos, compete, and sell goods and services.
There are now state universities with an enrolment of about 539 749 students.
This commercialisation of the university poses a serious threat to academic freedom in public and private universities.
Universities are no longer pri-marily centres of knowledge dis-covery and transmission. They have turned knowledge into a commodity. Their focus is less on the knowl-edge, growth and development of the student but more on selling goods and services to a “consumer”: the fee-paying student.
Academic staff have less power when it comes to making decisions on curricula and teaching. These decisions are now driven by stu-dents want, rather than teaching needs and university requirements. For instance, universities now offer more diplomas and certificates (rath-er than degrees) in response to stu-dent demand.
A new importance has also been attached to student evaluation of teaching. When these evaluations are used to determine promotions, tenure and pay increase, they can be used to penalise academics critical of university administrations.

Academic routine
Now, academic staff are evaluated on their ability to teach and pass students, generate revenue for the universities through contract grants, and undertake community outreach. Their work is a routine of teaching, grading and paperwork completion. This gives them little time for schol-arship and critical thought.
The rise of part-time teaching staff as a cost-saving measure is also a threat to academic freedom.

The academics lack security of tenure, are poorly paid, teach exces-sively large classes, and do not take part in university governance. This makes them more compliant with university and student demands on teaching and grading practices than academics with tenure.
Many also teach in multiple uni-versities which can compromise their institutional loyalty and the quality of teaching. Academic freedom is best protected when academics are united in the defence of their pro-fession.

What is taught
Trying to fill funding gaps also affects what is taught.
Universities now prioritise applied sciences, technological and business programs due to high stu-dent demand and perceived mar-ket needs. The basic sciences, the foundation of applied sciences, and liberal studies have less commercial value.
Academics in applied disciplines also have more access to research grants. This means they are able to generate more research revenues for universities than their counterparts in basic sciences and humanities. The result is that academics are divided into two camps: those seen as cru-cial for the university’s survival and those that are dispensable.
Disciplinary divisions run count-er to solidarity needed to defend academic freedom.
Academic freedom must be a shared responsibility between aca-demics and university administra-tors. While student representation in governance is encouraged, academics should have most power and author-ity on matters related to teaching, research and student assessment. Administrators must oversee finance and general administration.

This article is part of a global series on academic freedom featuring academic authors from around the world.

PrevPreviousCEOs must face uncertainty and tackle it head-on
NextKenya’s tax on digital trade and services: the known and unknownsNext