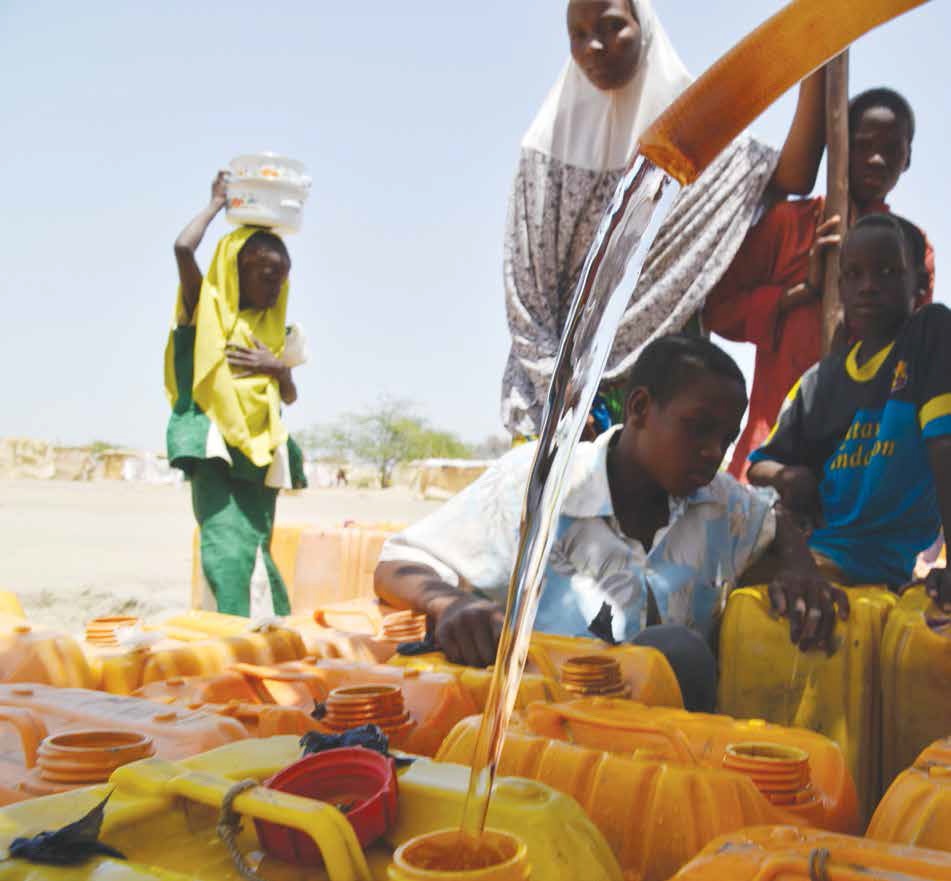 The 17 goals seek to end all forms of poverty everywhere by 2030, by achieving 169 targets. They have been endorsed by celebrities, activists and citizens from around the world.

Since their adoption by 193 countries in 2015, the United Nations Sustainable Development Goals have been hailed as the “most ambitious” and “transformative” agenda for fixing the world’s biggest challenges to date.

In some respects, the hype is justified. The goals cover a much wider range of objectives than the Millennium Development Goals, their predecessors, even though these goals were thought to have saved the lives of seven million people. Unlike the millennium development goals, which were
applicable only to developing countries, both developed and developing countries have committed themselves to achieving the sustainable development goals.

The 17 goals seek to end all forms of poverty everywhere by 2030, by achieving 169 targets. They have been endorsed by celebrities, activists and citizens from around the world. Competitions to be chosen as advocates, pioneers and young leaders for the development goals are proliferating.

Yet, progress in achieving them does not match the hype. According to the most recent SDG Index, an unofficial but influential barometer on the goals, most countries are struggling to make headway. For example, Denmark, the top performer for 2019, has only succeeded in eradicating poverty,
reducing inequalities and achieving peace and justice as well as building strong institutions.

Algeria, the highest-ranked country in Africa, is experiencing either “significant challenges” or “major challenges” with 11 of the goals, with an upward trajectory only for eliminating poverty, and promoting industry, innovation and infrastructure.

Decision-makers tend to ascribe weak performance to the widely published US$2.5 trillion “financing gap” between current expenditure and what is required to attain the development goals. But there might be other reasons, too. With only 10 years to go until 2030, the year when they should be achieved, it’s an opportune moment to look at the weaknesses, and identify ways they can be addressed.

Are the goals redundant? The goals cover a large number of priorities governments would have focused on as a matter of course. Their overlap with pre-existing government objectives ranges from decreasing the number of HIV infections and reducing stunting, through improving access to electricity and building resilient infrastructure to combating corruption and increasing tax collection.

But these overlaps need not be a problem. Governments would have done most of the things the goals propose. Their value, then, lies in getting governments to raise their level of ambition further. This is indeed a big ask. One way of making these stretched targets more than mere wish lists is using the goals to set up more networks that share good practices. Due to severe time constraints, the formal reporting process might not be the ideal vehicle for such networks.

Are they unattainable? The goals’ targets are exceptionally ambitious. The level of ambition is clear when considering a snapshot of the 169 targets.

Other targets are to eliminate child marriages by 2030 and to halve food waste by 2030. There are also targets to conserve at least 10% of all coastal and marine areas by 2020, and to ensure that all people have legal identities by 2030, with all births registered.

Does this mean the goals are fundamentally unattainable? Not if they are used to foster game- changing innovation. They have the potential of taking governments beyond a mere compliance mindset, to one that promotes innovation and experimentation. Beefing up the annual STI Forum is one way of doing so. Developing and scaling game-changing innovation are the only ways to address the cross-border, multi-generational and multi sectoral challenges expressed by the development goals.

Do we know how much the goals will cost? Many people find the widely publicised estimates of their financing gaps unconvincing. The often-cited financing gap of up to US$2.5 trillion per year was initially calculated by the UN Commission on Trade and Development (UNCTAD) in 2014, a year before the development goals were adopted. How can the goals be attained if there’s uncertainty about their costing?

In a recent report, 82% of African countries surveyed indicated that that they had not yet calculated the cost of the goals. This is despite the fact that 100% of the countries surveyed highlighted a lack of funding as the main impediment to achieving the sustainable development goals.

What can be done? Thorough calculations of country-level financing needs – ideally by using a standardized and comparable methodology – will go a long way in responding to this criticism. The goals should not be used as a catchall funding wish list.

When will the measurement tools be sorted out? The 169 targets are measured by more than 240 indicators. Surprisingly, the methodologies of some indicators – the so-called tier 3 indicators – have not yet been finalised. This means that, five years after their adoption, progress on some of the goals’ targets can still not be measured.

The lack of quality data compounds the issue, specifically in Africa. Take South Africa, for instance. Its statistical institution is regarded as one of the best in the developing world. But in its most recent report on the goals it was only able to report on 128, or 64%, of the 199 of tier 1 and tier 2 indicators. These are indicators with internationally established methodologies.

In responding to this criticism, the first order of business should be to sort out the metrics. More specifically, the outstanding indicators’ methodologies should be finalised as a matter of urgency. Five years after their adoption, the legitimacy of the goals depends on having a standardised set of methodologies for all indicators to measure progress.