Stronger laws can keep politicians from meddling in financial decisions 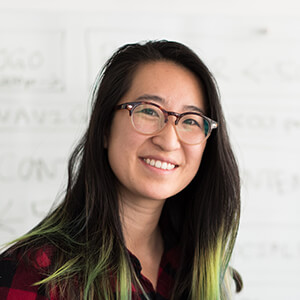 This power balance is extremely delicate. That’s especially true in the domain of fiscal allocations. If politicians make promises that administrators cannot keep, or bully senior administrators to try and get their own way, bureaucracies grind to a halt.

For governments to function optimally, there must be a good relationship between politicians and administra-tors. This “political-administrative interface” is a key theme of public administration, both in theory and in practice.
There are good reasons for this. If a government bureaucra-cy is too insulated from political pressures, senior officials may be less responsive to serving the sitting government’s interests and electoral mandate. On the flip side, a highly politicised bureaucracy staffed by under-qualified, inexperienced but politically connected incompetents also invariably compromises the state’s ability to deliver on its demo-cratic mandate.
This power balance is extreme-ly delicate. That’s especially true in the domain of fiscal allocations. If politicians make promises that administrators cannot keep, or bully senior administrators to try and get their own way, bureaucracies grind to a halt. The same is true when administrators pursue their own interests at the expense of the public good. These scenarios are playing out more and more frequently in South Africa.
Earlier in 2019, the Gauteng province’s Member of the Executive Council for Sport and Recreation, Faith Mazibuko, was caught on audio tape threatening to dismiss her chief financial officer and head of department. She wanted them to bypass tender procedures.
This was a clear violation of the Executive Members Act of 1998. The law obliges politicians who sit in provincial legislatures to always act in the interest of good governance. They must also refrain from com-promising the integrity of their office. Mazibuko’s statements were also an attempt to subvert the tender pro-cesses outlined in the Public Finance Management Act of 1999.
This is not a unique incident. Evidence presented to the Zondo Commission on State Capture sug-gests that former Cabinet Minister Lynne Brown overrode her senior staff and personally took control of an appointment process linked to a deal that contravened the Public Finance Management Act.
Over the past few years, heads of department and chief financial officers have been placed under enormous pressure by politicians to bend compliance rules. This dynamic helped to foster a climate in which “state capture” was allowed to con-tinue unchecked.
Statutory protection must be beefed up to reverse this trend. Politicians who interfere in admin-istrative matters and senior officials who act out of political motives or self-interest must be properly sanc-tioned.

Political interference
Various South African authorities have recognised these problems. The National Planning Commission was tasked with formulating a national development plan. It said in its 2016 diagnostic report that public sector recruitment processes had permitted “too much political interference in selecting and managing senior staff”.
It also warned that the country’s political-administrative interface was “unstable”. Heads of department on precarious five-year contracts come and go at the behest of politicians. These politicians are themselves “re-shuffled” more frequently than a pack of cards.
The Public Service Commission has found that the rate of turn-over among heads of department in national and provincial governments is high by international standards. And 89% of departmental heads believed that their relationship with their political principle – rather than their competence – determined the security of their tenure.
This uncertainty about lines of accountability, especially in relation to public financial management, arises in part from gaps with the existing legislative and policy frame-works.
The Public Finance Management Act, for instance, was drafted on the premise that Cabinet ministers and their provincial counterparts would hold heads of department and chief financial officers fiscally account-able. But it didn’t take into account that these Ministers and MECs may themselves be corrupt.
In terms of the Act, administra-tive heads can be fined or impris-oned if they are found guilty of finan-cial irregularities. Political heads who are found guilty of harassing chief financial officers and heads of department face no sanction.
The only scant protection offered to heads of department is that they may ask their political principle to put a directive in writing if it has potentially deleterious financial consequences. Clearly, though, this would be extremely career limit-ing. Chief financial officers have no statutory protection in terms of the Act. They do, however, have onerous statutory responsibilities.

This uncertainty about lines of accountability, especially in relation to public financial management, arises in part from gaps with the existing legislative and policy frameworks.

Urgent strengthening needed So, what must be done to tackle this situation?
Firstly, it must be recognised that chief financial officers and heads of department are the first line of resis-tance against political corruption. They need greater statutory protec-tion. Political appointees must also have greater accountability for their decisions which have fiscal and gov-ernance implications. Without this an environment conducive to state capture will continue to flourish. This is irrespective of which party governs. The legislative framework for the fiscal and financial accountability of political leadership must be urgently strengthened for all spheres of gov-ernment. It is also critical in relation to state owned enterprises, develop-ment finance institutions and other public bodies.
South Africa can look to other countries for guidance. Kenya’s Ministerial Code of Conduct is a useful example. It states unambigu-ously that a Minister who knowingly misleads Parliament is required by the President to resign. It also calls on Ministers to respect civil servants’ political impartiality, and to refrain from exerting pressure on them to flout any civil service regulations. Ministers must also not use public resources for personal gain or party political ends.
Legislation that clearly demar-cates roles and responsibilities at the political-administrative interface, and consequences for infractions, will not be self-enforcing. Nor will it be a substitute for the political will to ensure good governance and professionalism.
But where it exists, international experience has demonstrated that even political heads and senior offi-cials may be held to account and serve jail time where warranted. This has been seen in countries as varied as Greece, Gabon, South Korea and Peru.