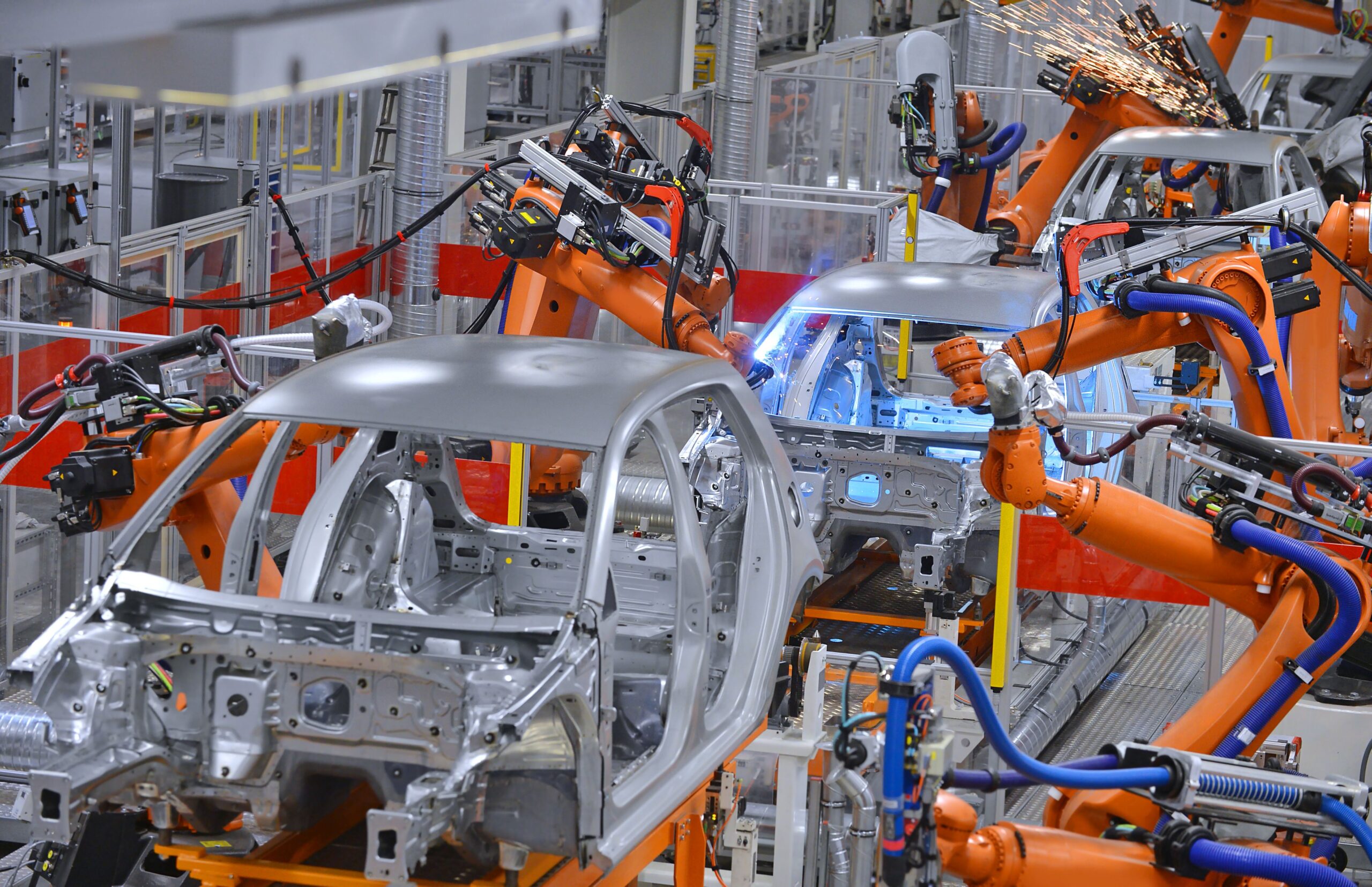 There has been an increase in technology in South Africa’s automobile sector since 2003. Most of the work in vehicle manufacturing has been automated, which makes manufacturing easier, faster, and more productive.

The current technologies adopted in the workplace are ever smarter than those that went before.

This trend, driven by economic forces, does not always lead to social improvements. Automation and the use of robots in manufacturing, combined with new working methods and systems, can have negative social impacts on workers.

There has been an increase in technology in South Africa’s automobile sector since 2003. Most of the work in vehicle manufacturing has been automated, which makes manufacturing easier, faster, and more productive. More units of cars are produced daily. Companies used to manufacture only 20 units of cars hourly. Now they are manufacturing over 100 units an hour using the same number of autoworkers.

Our study of the industry found that automation is well advanced. The sector’s body shop is fully automated. The paint shop is 80 per cent automated. There is about 20 per cent technology utilisation in the car assembly line. And logistics is making a lot more use of machines than before.

These percentages are an indicator of how workers have lost the contest with technology in the industry. Many workers are being deskilled: they no longer fully use their skills to do their job, because robots do most of the work. The remaining workers are being reshuffled to assembly lines likely to be automated with time. This increase in job automation and deskilling can cause some workers to lose their jobs because their skills have been substituted by machines.

We gathered data through in-depth interviews with 30 participants, drawn from three automobile companies. They included managers, autoworkers and workers’ representatives.

Our interviews with management revealed that management does not necessarily prefer machines over human workers. But in order for the product to compete, they have to consider production capacity, quality and workplace economics.

Where they intend to introduce machines, it is not to take over the jobs of the workers but because some tasks require the use of machines. For example, one cannot expect workers to lift a car while another person is working underneath it. A machine can do that without endangering the workers. Still, management said that if given the chance, they would replace more workers with machines as robots perform more tasks efficiently and boost productivity without the need for negotiation.

What automation means for workers

Though robots have eased the process of labour, their increasing use stagnates the population of workers on the shop floor, paint floor, body shop and assembly line.

The decisions that resulted in the reallocation of many autoworkers from the body shop and paint shop to the assembly line are almost irreversible. One worker said:

If you have to look at the traditional press line, you would have an average of 20 operators. Now you only need four operators just to pack the parts. So, 16 workers are reduced by introducing five robots. The affected workers are moved to other departments within the industry for now.

Growth in the automobile industry does not create more jobs for human workers. Where automation does create jobs, it is mostly in managing the technology. It doesn’t create work for existing skills.

This creates the threat of a rising unemployment rate, which was at 30.1% in the first quarter of 2020. That, in turn, contributes to South Africa’s position among the most unequal countries in the world.

We noted in our research that the capacity of the auto workers’ trade union, the National Union of Metalworkers of South Africa, to collectively restructure the auto sector with management and benefit all stakeholders is weakened due to the coercive control of the management and top-down labour arrangement.

Innovation is the driving force of consumers and this is what management responds to. But instead of valuing innovation above all else, industrial policy-makers should seriously examine how far it can boost the human condition before it becomes a problem by contributing to job losses, employment uncertainty, deskilling and inequality.

The state, car companies, unions, workers, consumers and society in general all have a role to play in effecting meaningful economic change and employment reform that is sustainable for all.

PrevPreviousPharmaceutical manufacturing companies must handle returned drugs better
NextWhere the UK government is going wrong in its coronavirus messaging, according to a marketing expertNext