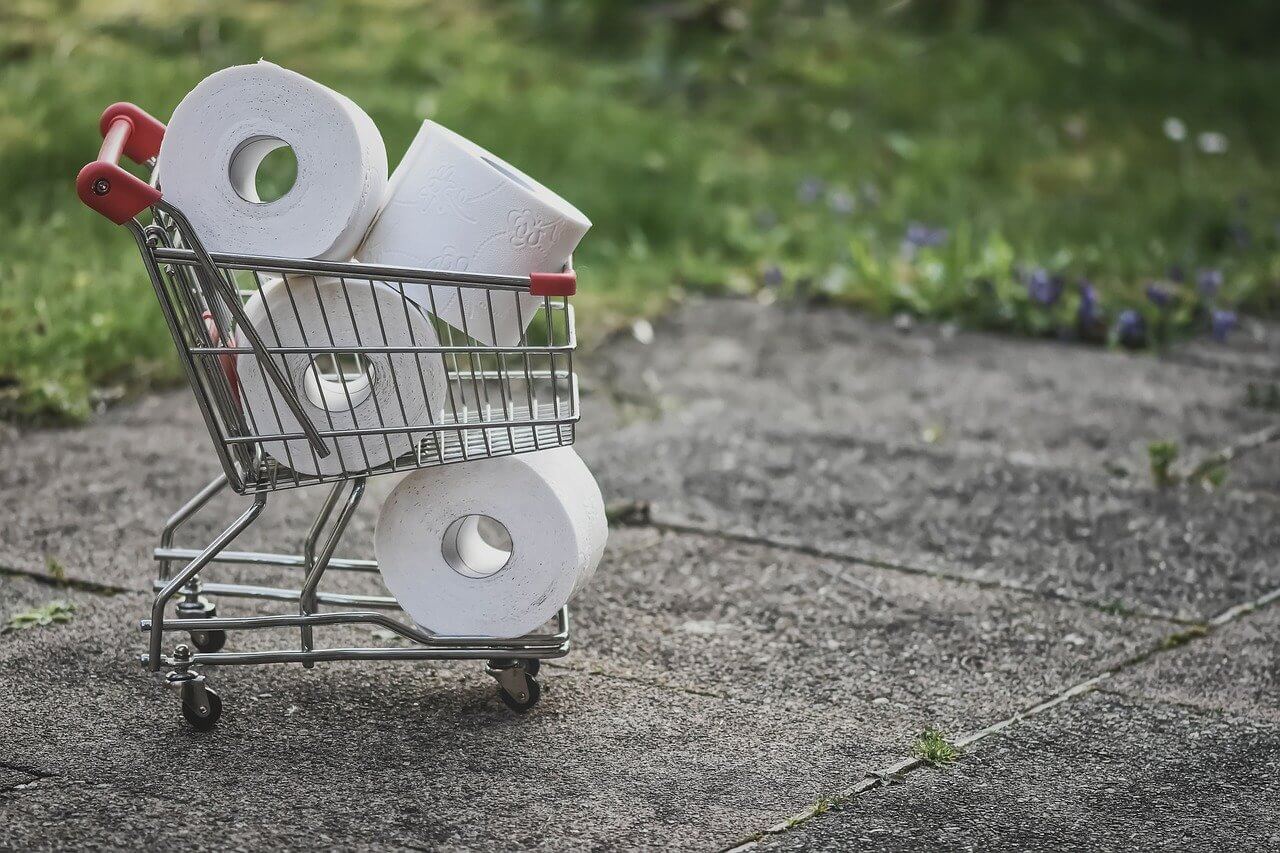 Pictures of empty shelves and long queues have pervaded all forms of media in South Africa over the past few days. These scenes are not unlike those in other parts of the world as many consumers succumb to panic buying

Pictures of empty shelves and long queues have pervaded all forms of media in South Africa over the past few days. These scenes are not unlike those in other parts of the world as many consumers succumb to panic buying, in fear of running out of toilet paper – among other essential items.

Many authors have covered the reasons for panic buying and all behaviorists would agree that this is not a new or unexpected phenomenon. But the way it plays out in a country as economically unequal as South Africa accentuates the gap between the haves and have-nots. 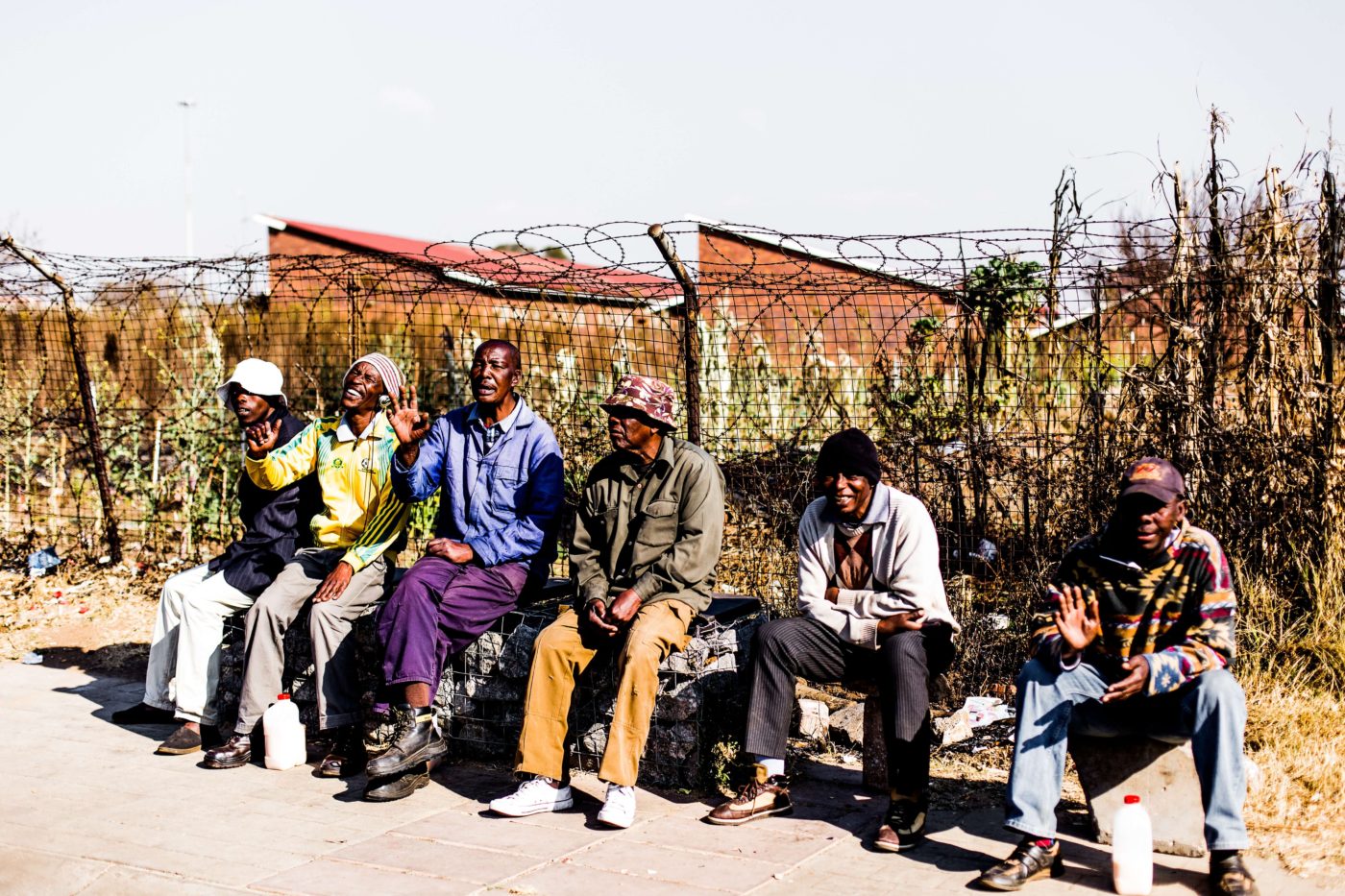 Who wins and who loses from panic buying?

Of course, there is a first-mover advantage in getting to the front of the line. This behaviour is what often triggers a rush on the stores in the first place. But in a country that is not actually experiencing a famine or toilet paper shortage, the losers are those who cannot afford to stock up should the need arise.

While inequality exists everywhere, wealthier economies have a population base that is generally more capable of stocking up their homes when needed. This is also true of South African households in the upper middle class and at the top end.

The majority of consumers in South Africa are, however, unable to fill up a trolley in the best of times, let alone to finance a serious stockpile.

South Africa by numbers.
While there are different ways to segment a population of 58 million people, the UCT Liberty Institute of Strategic Marketing has used the National Income Dynamics Survey to paint a picture of the South African consumer landscape. The scope of this article does not allow a full explanation of how this segmentation was derived, but a few phenomena are notable from the graphic.

South Africa has roughly 58 million people living in 17 million households. About 1000 households are added to this number every day. South Africa has a very high number of young people – almost half of its population is under 24.

If we divide the country by household income (that is, all the earners in the household combined) as shown in the graphic, then 7 million would fall into the category of middle class and above.

As one goes into the ultra-poor and survivor category, households regularly run out of food before the end of the month. A hallmark of living in this kind of household is a dependence on social grant income and a food shortage by the third week of the month. In addition, most poorer households live at least one taxi ride away from the closest supermarket and pay for extra seats on the taxi if purchasing more than a few bags of groceries. The one time of the year when stockpiling is more frequent is during the festive season (December) when carefully negotiated expenditure is made using savings from group schemes called stokvels.

Many in the middle class may say they too are under financial pressure. This is true. But they are still in the privileged minority. 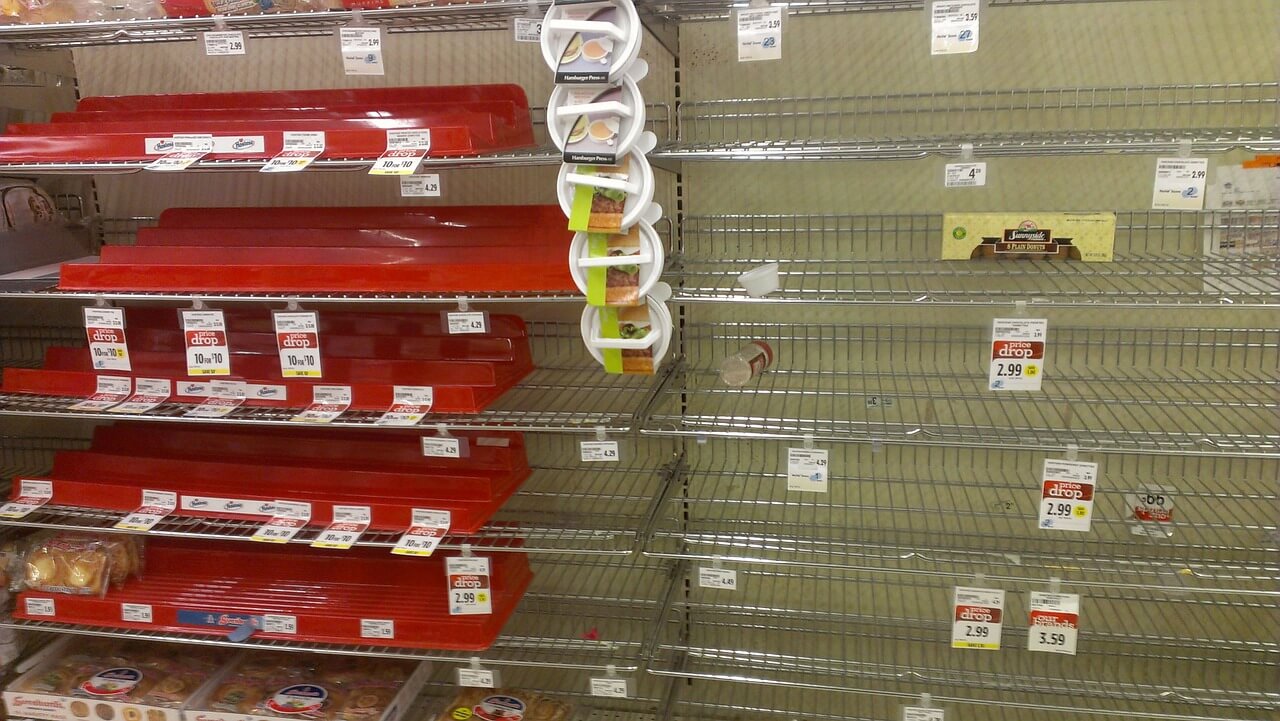 When panic breaks out.
Behavioural economists use many cognitive biases to explain why panic shopping occurs. Most commonly cited are phenomena like loss aversion, the bandwagon effect and probability neglect.

These reactions to the initial run on essential groceries create a panic contagion that ignores logic.
There is no food or toilet paper shortage and shopping is allowed to continue during this kind of state of emergency. Nonetheless, the week of 16-20 March 2020, saw a massive panic shopping spree marked by daily shortages in many categories.

Times of crisis accentuate the gap between the privileged and the rest. When the stock market dips, the wealthy have reserves to buy more shares and multiply their wealth in the long run. When a health crisis hits, the wealthy have access to medicine and private health care and can often navigate around work restrictions.

The poor, however, are not as fortunate. Even in the UK, the vulnerable are the losers as panic buying surged in early March. Workers on short term contract and freelancers globally are experiencing financial setbacks as this kind of work dries up. Germany has pledged 40 billion euros in aid to freelancers.

South Africa has freelancers in multiple industries but also the informal economy (and millions of households) hinging on micro enterprises like street vendors, spaza shops and taverns.

These enterprises (many based on commuter populations and school children as their markets) are not registered businesses and unlikely to get any financial relief from the government.

This form of enterprise does not have a “work from home” option as proposed by employment experts. These features of the informal sector are the same globally.

Many in the middle class may say they too are under financial pressure. This is true. But they are still in the privileged minority.

What does this mean?
The COVID-19 pandemic will eventually pass, as have other flu pandemics in centuries gone by.

The fact that we were able to monitor this one globally in real time is a possible turning point for the way such events are handled in the future.

The exact outcome of the pandemic in terms of its duration, fatalities and impact on the South African economy will eventually unfold.

In the meantime, the country is once again faced with the reality that it has a long way to go before the edges of inequality soften and the ‘average’ household may also participate in the next spree of panic buying – whenever that may be.

PrevPreviousHow the COVID-19 pandemic will affect informal workers. Insights from Kenya
NextCan I get coronavirus from mail or package deliveries? Should I disinfect my phone?Next