Latest trend in the Oil Industry in Kenya 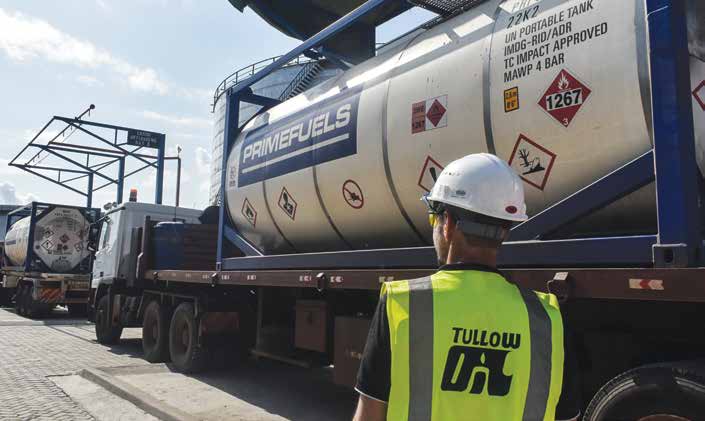 As Africa economies experience transformative periods, the energy sector holds huge potential to revitalize and turn around most the them, in order to empower the growth and development of each respective country.

NJ Ayuk, the executive chairman of the African Energy Chamber, relishes the thought of how energy remains key to unlocking the African dream. He says in his book entitled ‘The future of African Energy’, “If African governments, businesses, and organizations manage Africa’s oil and gas revenues bravely, we can make meaningful changes across the continent.”

Taking into consideration of his vast experience and knowledge in the global energy sector, Ayuk challenges major players to be more active in developing their resources and local content skills. He also encourages decision-makers to put Africa’s people at the center of economic growth plans.

Rubis Energie describes the Kenyan market as “fast-growing”, on energy demands and has sights on further deepening its presence to tap into this growing potential. “Higher volumes in this market would allow, in time, to generate significant economies of scale,” says the firm when announcing that it had signed a share purchase agreement with the owners of Gulf Energy.

Total has also controlled the market through acquisitions and generic growth, having completed an acquisition of Gulf African Petroleum Corporation (Gapco) in early 2017. The acquisition of Gapco gave Total Kenya massive assets, especially storage, which had always enabled Gapco to remain one of the largest petroleum resellers in the country.

Past acquisitions in Kenya by Total include Elf Oil in 2000 and Chevron (formerly trading in Kenya under the Caltex brand) in 2009.

Vivo Energy which runs Shell branded outlets, owned by Helios Investment Partners, has a 12.5 per cent market share. It takes the third position after the French MNCs.

The fourth-largest oil marketer in Kenya is Ola Energy (formerly Oil Libya) with a share of 5.4 per cent, while the State-run National Oil Corporation of Kenya (NOCK) comes in at number five with a dismal 4.4 per cent market share.

The acquisition of KenolKobil by Rubis Energie resulted in the disappearance of Kenyan firms at the top of the log, with NOCK being the only locally-owned firm among the top five largest oil marketers. Rubis Energie have started rebranding the service outlets, having started with Kenol on Limuru Road, in the UN Blue zone area. The outlet is state of the art and fits the diplomatic district distinctly.

The four foreign firms sitting on top of the table control 51.2 per cent of the Kenyan market.

The cash-strapped NOCK has, however, been experiencing difficulties in the recent past, including being unable to restock its retail outlets, casting doubt whether it can keep up with the multinationals that appear to have taken over the Kenyan market.

Kenyan shareholders of small and mid-tier oil distribution and marketing companies have in the last few years’ relinquished ownership to foreign firms. The current data from Petroleum Institute of East Africa (PIEA), indicate that there are 96 oil marketing companies in Kenya operating over 3,000 service stations. More than half of these service stations are owned by independent players.

According to the Competition Authority of Kenya regulations, the presence of several competitor petrol stations in close proximity to the merged entity’s stations within the 3-kilometer minimum radius recommended by international best practice in the downstream market offers vital competitive restraint.

Upstream, Kenya exported its first crude oil in August 2019, with President Uhuru Kenyatta flagging off the first shipment that had more than 200,000 barrels in Mombasa. The oil was purchased by a British-based Chinese company, according to an official government statement.

The shipment is an accumulation of oil produced since Kenya began pumping in June 2018 at up to 2,000 barrels a day.

Kenya first announced on March 26, 2012, its first oil discovery, in Turkana where Africa – focused British firm Tullow Oil Plc has been exploring for oil, and was now checking on the commercial viability of the find.

However, Kenya’s dream to give the world a taste of her second batch of light and sweet crude oil is looking like a tall order. The London-based company is facing governance issues while its partner in Lokichar, Africa Oil is in financial woes. That added to its strings of bad luck in Ghana and Guyana is poised to derail Kenya’s nascent local oil industry.

On December 9th, 2019, Tullow cut forecasts for production from Ghana for the fourth time in 12 months and suspended dividends. In a statement, the firm stated, “Production performance has been significantly below expectations from the group’s main producing assets, the TEN and Jubilee fields in Ghana”.

These challenges that Tullow is facing could now haunt Kenya. The Lokichar project has already experienced challenges that have resulted in pushing the date for next oil export from an optimistic 2021 to 2022 and now a doubtful 2023.

The project is currently at a critical stage in the Kenyan project, where Tullow together with its joint venture partners (Total and Africa Oil) as well as the Government, are preparing the Final Investment Decision (FID) in the second half of 2020.

The FID was expected to be signed in the course of last year but pushed to 2020 owing to the project’s failure to achieve key milestones before the partners can commit. Tullow might also have difficulties raising funds to carry forward its work in Kenya after rating agency Moody’s downgraded Tullow’s rating to B2 from B1 and probability of default rating (PDR) to B2-PD from B1-PD.

Tullow has a net debt of $2.8 billion (about €2.5 billion), but a dip in production potentially limits cash flow, and thus its ability to repay this.

Tullow and its partner Africa Oil in Lokichar are also having a fight with Kenya Revenue Authority (KRA) over unpaid taxes, which is demanding over Sh10 billion ($100 million) from the two companies. KRA says the two firms did not pay taxes after selling their stake in different oil between 2012 and 2018.

The taxman is demanding Sh5.2 billion from Tullow in Value Added Tax (VAT), which KRA said Tullow ought to have paid following the sale of its 25% interest in Block 12A to Delonex Energy in 2015 and a further 10% in 2018, to the same firm. Tullow has disputed the demand with the case currently at the tax appeals tribunal.