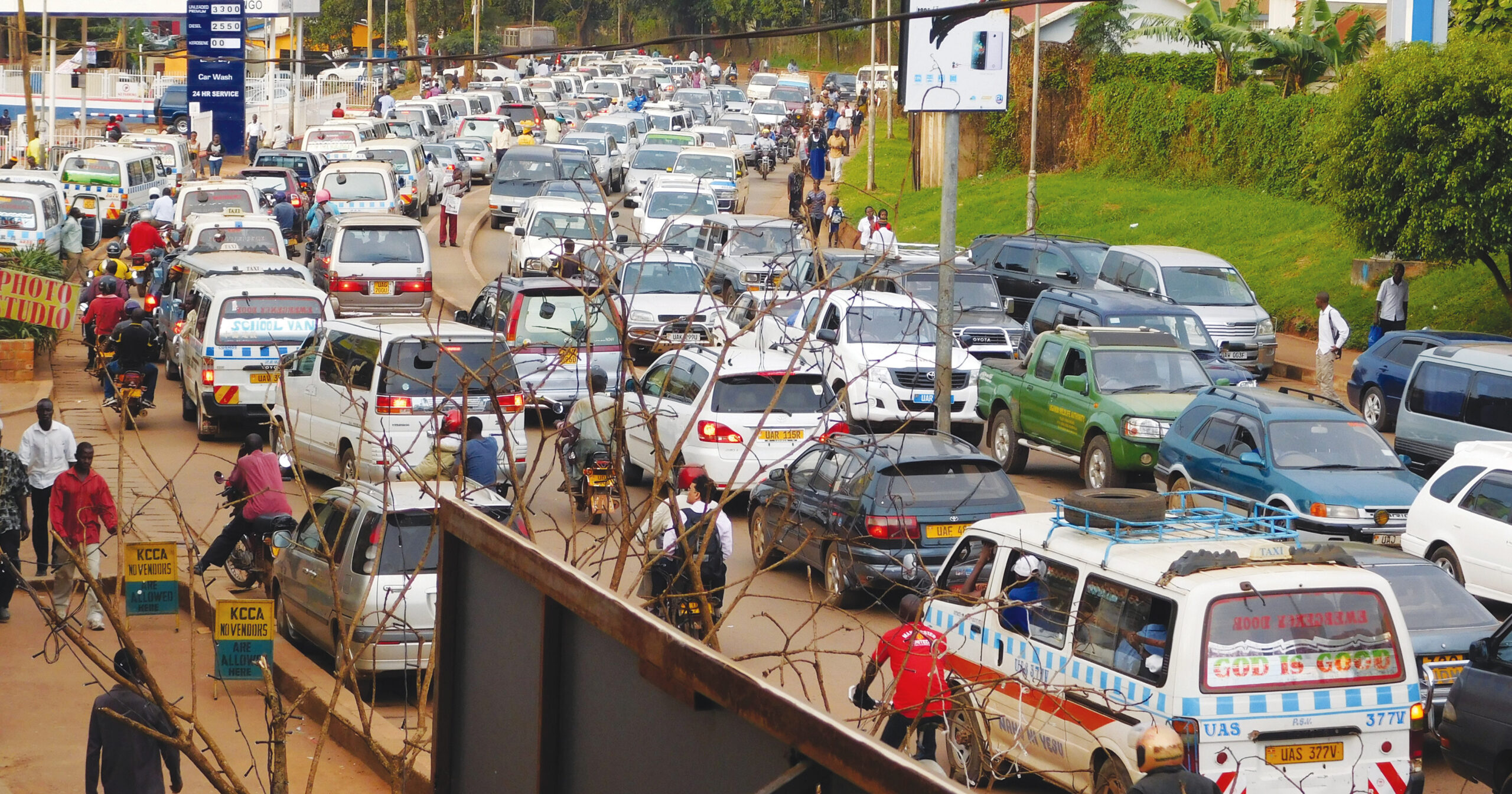 To make matters worse, most of the vehicles in Kampala are pre-owned and, until 2018, the average fleet age was more than 15 years. These vehicles have a faster rate of wear and tear leading to a higher environmental footprint.

In Uganda, even though air pollution is a big challenge in parts of the country, there is hardly any air quality monitoring. Engineer Bainomugisha—along with other scientists at Makerere University—has developed a machine that monitors air quality. He explains how it works, and why it’s so important.

What are the main drivers of air pollution in Kampala and are there any indications of how bad it is?

Generally, I would say the main drivers of air pollution in Kampala are transport, industry, burning of wood or charcoal and burning of waste.

Kampala is Uganda’s political capital and financial district contributing to over 30% of Uganda’s GDP. The city hosts more than 32% of the country’s manufacturing facilities and so industrial emissions from activity—such as metal processing, furniture, textiles and plastics—will contribute a significant amount of pollution to the air.

It’s a very busy city, with millions using buses, private vehicles and motorbikes to commute in and out every day. A great deal of pollution therefore comes from vehicle emissions and heavy traffic congestion. To make matters worse, most of the vehicles in Kampala are pre-owned and, until 2018, the average fleet age was more than 15 years. These vehicles have a faster rate of wear and tear leading to a higher environmental footprint. And with just 30% paved road network, dust from unpaved road surfaces and road construction activities will contribute to particulate matter in the air.

In addition to this, more than 90% of households in Kampala rely on charcoal and firewood as an energy source for cooking.

And because there’s poor solid waste disposal, another key contributor of air pollution is the open burning of garbage.

You’ve started to manufacture machines that monitor air quality. How do they do this and who will be using them?

Kampala, like many other cities in sub-Saharan Africa, has a critical data gap on the scale and magnitude of air pollution.

This challenge inspired my students and I to create AirQo, a low-cost air quality monitoring system which was publicly launched earlier this year. To my knowledge, this is the only locally developed system that’s been designed and optimised to help African cities—with limited resources and poor infrastructure—to measure and track air pollution trends.

AirQo devices primarily measure particulate matter—a mixture of solid particles in the air—which can have adverse effects on our health when we inhale them.

The devices continuously take samples of air from a location and use a light scattering method to quantify the concentration of particulate matter. These measurements are transmitted, in near real-time, to the cloud-based AirQo to predict local pollution.

The devices are locally designed to withstand the environmental conditions of many African cities, such as dust and extreme weather. They also include a wide range of data transmission and power options so they can operate in areas where there is limited access to power or poor internet connectivity.

The AirQo device can be deployed at static locations or on mobile platforms, such as motorcycles locally called ‘boda-bodas’. Having them on moving objects improves our spatial coverage and resolution. This means that instead of buying one device that only collects data in one area, you have one device that can collect data from multiple data points. This is a new innovation which means that data can be collected from a wider area including, off-road areas that would normally be difficult to install static monitors.

Since 2018, for our own research purposes, we have deployed a network of over 80 devices across Uganda with over 45 in Kampala and in other towns. Some of the AirQo monitors are installed in schools or at private premises, such as shops.

The users of the data collected include government, public including businesses, individuals, and civil society organisations, and academia.

So far, our data (which has been collected since 2018) indicates that the levels of particulate matter peaks in the morning (between 6 and 9am), then flattens in the afternoon and peaks again after 5pm. This is consistent with major cities in other parts of the world. Overall, we’ve seen that Kampala’s particulate matter levels are about five times over World Health Organisation guidelines.

Has this technology been used anywhere else and how does it compare to other air quality monitoring systems?

Traditional air quality monitoring systems are expensive. They cost hundreds of thousands of dollars to set up and maintain and require specialised expertise which is not available in many places. This means only a few might be installed, resulting in limited readings.

Before starting the manufacture of AirQo monitors at Makerere University, we experimented with some lower-cost monitors but these didn’t fit the context. For example, a number of monitors assume the availability of constant power supply and WiFi, and are designed for less dusty environments.

Unlike these systems, the AirQo takes the considerations and constraints of an African city into the design.

How do you hope this data will be used?

We hope that the air quality data and information from our network can be used to inform decision-making and actions by city governments and regulators to control, better manage and improve air quality in the Kampala area and beyond.

For instance, Uganda is creating new air quality regulations and data from the AirQo network has been useful in informing possible targets.

Having this data is useful for policymakers. For instance, we contributed to the World Bank report on the Pollution Management and the Making of Prosperous Cities Program.

We also hope our data will raise awareness among citizens about the quality of air. We send out regular monthly air quality calendars to the schools that host AirQo monitors so they can educate the children about air pollution issues.

And we have developed an app that people can use to access historical, real-time and forecast air quality data in the areas where they live or work. This can inform decisions that minimise exposure to high levels of air pollution, such as going out during peak pollution hours.

Maclina Birungi, Communications lead at AirQo, Makerere University, contributed to the writing of this article.