How religion helped African migrants during a risky Atlantic crossing 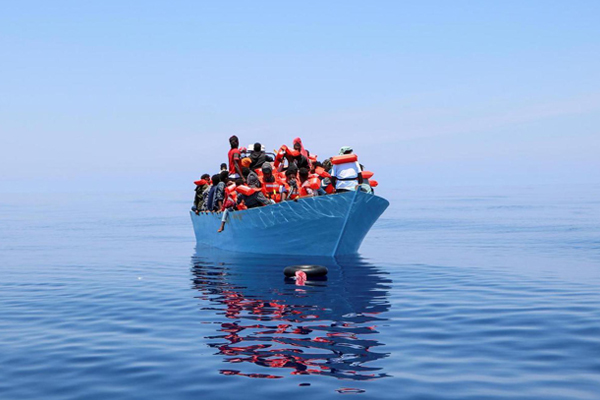 Religiousness is an important adaptive coping mechanism during the migration process. There’s a need for more holistic clinical interventions that include the spiritual aspects of migrants’ mental health.

In April 2018, a catamaran captained by two Brazilian smugglers left São Vicente, Cape Verde, setting its course across the Atlantic Ocean, towards the coast of Brazil. Twenty-five West African men were on board. They were all leaving their home countries, going on this risky journey to take their chances for a better life on a new continent.

Before their departure, the group was briefed that the journey would last for 21 days. They were told to pack enough food, water and supplies to survive. But 18 days into the journey, their boat’s engine developed a fault and they were stuck at sea. By day 27, food stores were exhausted on board, and thirsty passengers were desperately drinking their own urine for hydration. To survive, they found a way to catch fish to eat.

Soon there were new threats. The boat’s hull split and the mast broke. After the migrants had done their best to repair the boat, their fate was out of their hands. Their chances of survival and reaching land would be dictated by the ocean currents. Or perhaps not.

Despite these odds, the migrants survived. After 30 days at sea, they were spotted by a fishing boat which rescued them. When they were later interviewed in São Luis, Brazil, they gave a lot of credit to divine intervention. They all made religious references, suggesting that a higher being fought alongside them.

Their story made a strong impression, prompting Dr Luisa Feline Freier (Universidad del Pacífico) and I to team up and dig deeper with journalist Walker Dawson.

Over the years, much of my research interest has focused on the cultural dimension of forced displacement. Over the last decade or so, there’s been increasing interest in the mental health aspects of migration. Yet the place of religion in this dimension remains under-explored.

For our research, we interviewed three of the 25 migrants: Omar from Sierra Leone, Abeo from Nigeria, and Moussa from Guinea (names altered to preserve confidentiality). All Muslims, these migrants consistently described Allah as benevolent and protective, and particularly so when recounting key crisis points of their journey. In line with other research showing Muslims’ extensive use of positive religious coping, our findings suggest religion can be a way to deal with stress, anxiety and fear, especially during extreme, high-risk migration journeys.

We analysed our interview transcripts using the typology of religious coping strategies provided within the RCOPE framework, a well-established clinical framework used to study and categorise forms of religious and spiritual coping.

According to its authors, there are several ways in which religiousness is a valuable resource when coping with difficult situations. It can be used to:

With the exception of the last point, all these articulations of religious coping were present in our data. The “meaning-making” function of religious coping showed up the most. Migrants often referred to their journey’s hardship as an act of God or as part of God’s grand plan.

Migration scholars broadly agree that whether seeking a better life or escaping violence and persecution, people on the move–and particularly those from the global south–have faced increasingly restrictive immigration policies since the end of the Cold War. Walls and fences have been erected, detention centres built, and sophisticated surveillance technology deployed at the borderlands. To adapt to these changes, old migration routes have been replaced by longer and riskier ones.

While our study case was certainly not the first recorded instance of irregular African migration to Latin America using the Transatlantic Corridor, we are likely to see an uptick in such crossings in the coming years. This is largely due to the increased securitisation and criminalisation of migrants in northern destinations. This has led to the emergence and diversification of south-south and intercontinental migration routes.

The elevated risks in these new and increasingly popular migration routes lead to feelings of stress, anxiety and trauma. This is extensively demonstrated in a recent review and meta-analysis of empirical studies on the relationship between migration and mental health. This makes migrants’ coping mechanisms an increasingly important area of research.

As our research has shown, religiousness is an important adaptive coping mechanism during the migration process. There’s a need for more holistic clinical interventions that include the spiritual aspects of migrants’ mental health.

This article was originally published on The Conversation on November 4, 2021

PrevPreviousNigeria’s digital currency: what the eNaira is for and why it’s not perfect
NextHow I reconstructed an unwritten ancient African languageNext