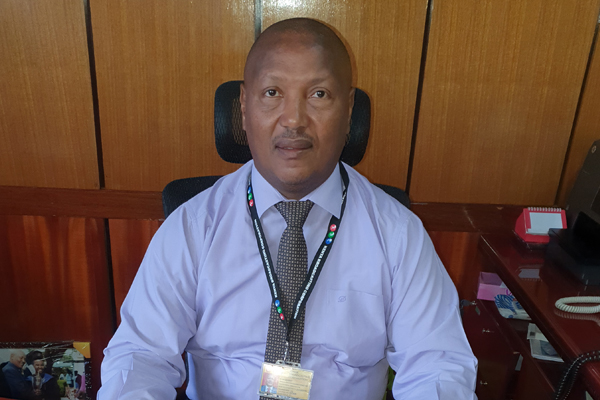 Before joining KBC as MD, Dr Naim Bilal served as the acting director of Information in the Republic under the Ministry of ICT, where he was honoured with a stint as acting PS for the State Department of Broadcasting and Telecommunications in December 2018.

Dr Naim Bilal Yaseen is the managing director of Kenya Broadcasting Corporation, the country’s Public Service Broadcaster (www.kbc.co.ke). He has over 30 years’ experience in media and communications management.

Naim started his career in 1989 as a reporter with Kenya News Agency where he served briefly before joining the Nation Media Group. At Nation Media, he rose through the ranks from a reporter in the Print Division to News Manager of Nation Broadcasting Division, becoming one of the founding editors of NTV and the then Nation FM.

Apart from his major investigative stories in the Daily Nation in the 1990s, Naim is known for conducting a rare and exclusive interview with then President Moi on Nation FM, during which the late Moi confronted critics who had accused his family of stashing ill-gotten wealth in offshore accounts.

Besides Nation Media where Naim worked for 20 years, the KBC CEO was in the lead team that steered the establishment of live broadcasting of Parliamentary proceedings in 2009, a project that was supported by USAID through SUNY Kenya, where Naim served as project director reporting to the then Chief of Party and current Cabinet Secretary for Interior, Dr Fred Matiang’i.

After implementation of the live broadcasting project and establishment of the Parliamentary Broadcasting Unit, Naim was absorbed in Government as deputy director of public communication, before joining the Judiciary as director of Public Affairs and Communication in 2012. Reporting to then chief registrar of the Judiciary, Gladys Shollei and Chief Justice Dr Willy Mutunga, Naim was in the dream team charged with implementing the Judiciary Transformation Framework, playing a key role in opening up the erstwhile closed and unfriendly institution to the public.

His tenure in the Judiciary saw judicial marches and a trend-setting engagement with the media and the public by judges and magistrates.

Before joining KBC as MD, Naim served as the acting director of Information in the Republic under the Ministry of ICT, where he was honoured with a stint as acting PS for the State Department of Broadcasting and Telecommunications in December 2018.

AT KBC, Naim is quite at home professionally, and has quietly been implementing changes within the framework of an elaborate transformation strategy to reposition the Corporation as an effective and competitive National Broadcaster. KBC operates two television stations and 21 radio services. The Corporation runs Signet, the largest Broadcast Signal Distributor (BSD) in Kenya, moving business through well researched and in-depth news analysis and advertising.

Naim prefers not to say much about what is going on behind the scenes at KBC. “Stay tuned as we enter the new year,” is all he would say. His peers and staff describe him as a visionary leader and hardcore professional who is a stickler for efficiency and results in work performance. He demands the highest standard of performance in any task, small or big and often rolls up his sleeves to personally get the work done. He has an open-door policy that has endeared him to staff.