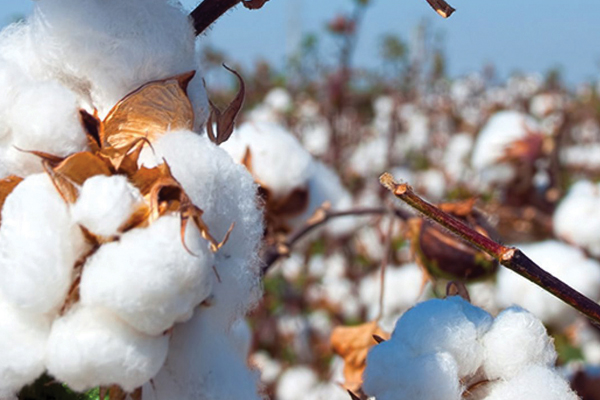 Products derived from the cotton plant show up in many items that people use daily, including blue jeans, bedsheets, paper, candles and peanut butter.

Cotton plants from fields in India, China and the U.S. – the world’s top three producers – all grow, flower and produce cotton fiber very similarly. That’s because they are genetically very similar.

This can be a good thing, since breeders select the best-performing plants and cross-breed them to produce better cotton every generation. If one variety produces the best-quality fiber that sells for the best price, growers will plant that type exclusively. But after many years of this cycle, cultivated cotton all starts to look the same: high-yielding and easy for farmers to harvest using machines, but wildly underprepared to fight disease, drought or insect-borne pathogens.

Breeding alone may not be enough to combat the low genetic diversity of the cultivated cotton genome, since breeding works with what exists, and what exists all looks the same. And genetic modification may not be a realistic option for creating cotton that is useful for farmers, because getting engineered crops approved is expensive and heavily regulated. My research focuses on possible solutions that lie at the intersection between these tools.

How to retool cotton

In a perfect world, scientists could change just a few key components of the cotton genome to make plants more resilient to stresses such as pests, bacteria, fungi and water limitations. And the plants would still produce high-quality cotton fiber.

This strategy isn’t new. Some 88% of the cotton grown in the U.S. has been genetically modified to resist caterpillar pests, which are expensive and hard to manage with traditional insecticides. But as new problems emerge, new solutions will be required that will demand more complex changes to the genome.

Recent advances in plant tissue culture and regeneration make it possible to develop a whole new plant from a few cells. Scientists can use good genes from other organisms to replace the defective ones in cotton, yielding cotton plants with all the resistance genes and all the agriculturally valuable genes.

The problem is that getting regulatory approval for a genetically modified crop to go to market is a long process, often eight to 10 years. And it’s usually expensive.

But genetic modification isn’t the only option. Researchers today have access to a gigantic amount of data about all living things. Scientists have sequenced the entire genomes of numerous organisms and have annotated many of these genomes to show where the genes and regulatory sequences are within them. Various sequence comparison tools allow scientists to line up one gene or genome against another and quickly determine where all the differences are.

Plants have very large genomes with lots of repetitive sequences, which makes them very challenging to unpack. However, a team of researchers changed the game for cotton genetics in 2020 by releasing five updated and annotated genomes – two from cultivated species and three from wild species.

Having the wild genomes assembled makes it possible to start using their valuable genes to try to improve cultivated varieties of cotton by breeding them together and looking for those genes in the offspring. This approach combines traditional plant breeding with detailed insights into cotton’s genome.

We now know which genes we need to make cultivated cotton more resistant to disease and drought. And we also know where to avoid making changes to important agricultural genes.

These genomes also make it possible to develop new screening tools to characterize interspecific hybrids – the offspring of two cotton plants from different species. Before this information was available, there were two primary forms of hybrid characterization. Both were based on single nucleotide polymorphisms, or SNPs – differences between species in a single base pair, the individual building blocks that make up DNA. Even plants with small genomes have millions of base pairs.

SNPs work well if you know exactly where they are located in the genome, if there are no mutations that change the SNPs, and if there are plenty of them. While cotton has SNPs that have been identified and verified in specific regions of the genome, they are few and far between. So characterizing cotton hybrids by focusing exclusively on SNPs would result in incomplete information about those hybrids’ genetic composition.

These new genomes open the door for developing sequencing-based screening of hybrids, which is something I’ve incorporated into my work. In this approach, scientists still use SNPs as a starting point, but they can also sequence the surrounding DNA. This helps to fill in gaps and sometimes discover new, previously undocumented SNPs.

Sequence-based screening helps scientists make more informed and robust maps of the genomes of hybrids. Determining which parts of the genome are from which parent can give breeders a better idea of which plants to cross together to subsequently create better, more productive cotton in every generation.

What cotton needs to thrive

As the world’s population rises toward a projected 9.8 billion by 2050, demand for all agricultural products will also rise. But making cotton plants more productive is not the only goal of genetic improvement.

Climate change is raising average global temperatures, and some important cotton-producing regions like the U.S. Southwest are becoming drier. Cotton is already a crop accustomed to heat – our research plots can thrive in temperatures as high as 102 degrees Fahrenheit (39 C) – but one cotton plant requires about 10 gallons (38 liters) of water over the course of a four-month growing season to achieve its maximum yield potential.

Researchers have started to search for cultivated cotton that can tolerate drought at the seedling stage, and also in hybrid lines and genetically modified lines. Scientists are optimistic that they can develop plants that have higher drought resilience. Along with many other cotton breeders around the world, my goal is to create more sustainable and genetically diverse cotton so that this essential crop can thrive in a changing world.

This article was originally published on The Conversation July 8, 2022