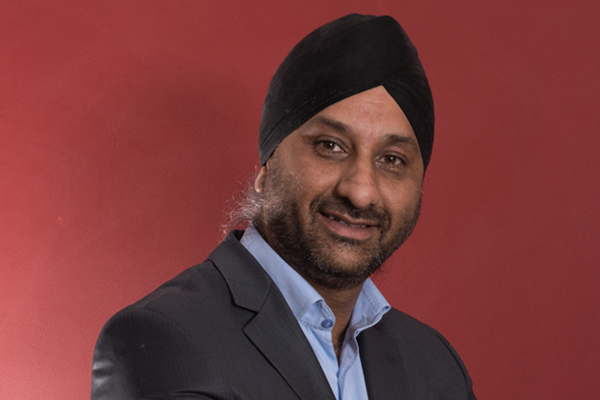 At Toyota Kenya, Arvinder has inculcated a culture of success that is pegged on Toyota Global’s philosophy of Kaizen. Kaizen, a Japanese word, translates to ‘Continuous Improvement’.

Arvinder is a well-received and respected member of the Global Toyota family with 25 years—and counting—of service in various capacity. Currently, he is the Managing Director, Toyota Kenya, and the Chief Executive Officer, CFAO Automotive—Kenya.

In his role as the CFAO Automotive—Kenya CEO, Arvinder is in-charge of the automotive firms Toyota Kenya, DT Dobie and Tyre Distribution Africa Limited (TYDIA).

In his appointment as Toyota Kenya MD in 2017, Arvinder become the first Kenyan to lead the local office since Toyota Tshusho Corporation started the Toyota business in the country in 1964. Under his leadership in a span of just under three years, Toyota Kenya’s market share has increased to the current 25 per cent from 15 per cent.

At Toyota Kenya, Arvinder has inculcated a culture of success that is pegged on Toyota Global’s philosophy of Kaizen. Kaizen, a Japanese word, translates to ‘Continuous Improvement’.

Bringing it closer home, Arvinder adopted a ‘Back to the Top’ strategy as the bedrock for Toyota Kenya’s revival as the leading motor vehicle distributor in the country. This has seen the company, over the recent past champion the ‘Buy Kenya Build Kenya’ initiative that has been touted by the Kenyan Government as a catalyst towards growing the contribution of the manufacturing sector towards the country’s GDP.

Already, Toyota Kenya has led the local assembly front in the automotive sector with models such as the Land Cruiser LC79, Hino trucks and the Yamaha Crux motorcycles.

In 2019, the firm re-introduced the local assembly of the Hilux double and single cab pick-ups, popular within the small and medium enterprise and agricultural segments of the economy.

The expansion of Toyota Kenya’s network of branches, dealerships and authorized service centres across the country has also contributed greatly to the growth of market share. Under his leadership, Toyota Kenya currently has grown its network to 31 outlets, with the target of ensuring that customers can access Toyota sales, service and spare parts for all brands within a radius of 50km.

Prior to taking up the role as the Toyota Kenya MD, Arvinder was the Managing Director, Toyota Malawi. During his two-year tenure, he managed to steer the company to achieve market share growth from 36 per cent to 44 per cent. He moved to Malawi from his posting at Toyota Tsusho Africa (Pty) Ltd. where he had served as Finance Manager – Distributor Management Department for four years and General Manager – Distributor Support Department for three years.

Arvinder started out his professional career at Deloitte & Touche as an External Auditor before moving to Lonrho Motors East Africa.

Arvinder is a member of the Institute of Certified Public Accountants of Kenya (ICPAK).

Arvinder’s career progression can be linked to having his personal values aligned with the Kaizen philosophy through its pledge of challenging one’s self to continuously improve everyday for personal growth and business prosperity. He is also a strong advocate of the living the ‘Toyota Kenya Way’ that ascribes to supporting the community through activities under the Toyota Kenya Foundation.

Arvinder S. Reel is married with 4 kids and enjoys wildlife and the beaches while he is outside the confines of Toyota Kenya.