Anxiety in Johannesburg: New views on a global south city 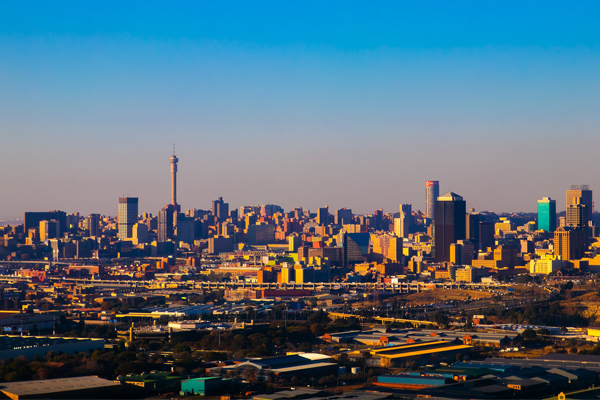 Anxiety in Johannesburg is nothing new. Despite its intermittent glamour, the city has always felt unstable for those who live in it. South Africa’s largest and wealthiest urban centre, it is also deeply unequal and striated by the spatial markers of apartheid.

Within the media and popular culture of the global north, cities like Johannesburg, South Africa, are often presented as a site of trouble. They’re the source of the immigrants, drugs, violence, poverty, disease and environmental crisis that worry nervous citizens of more “developed” cities.

Even when they take centre stage in international media production, global south cities like Johannesburg are laden with fear or fantasy. Think of the films District 9 with its slavering Nigerian gangsters, the homeless genius of Slumdog Millionaire or Roma’s contentedly familial domestic worker. In so many instances, these urban spaces—vibrant, changeable, challenging, new—appear as nothing more than locations for the fluffy imaginaries or collective fears of the north.

In his book Liquid Times, the philosopher Zygmunt Bauman calls fear “arguably the most sinister of the demons nesting in the open societies of our time”. He writes of fear as a palpable monster that stalks the lives of late modern subjects in a world where the centres of power are diffuse and remote.

Fear is, indeed, one way of describing this condition. But anxiety is perhaps more useful, suggesting a feeling that is persistent, low-level and even, in psychologist Kopano Ratele’s term, “objectless”. Anxiety is ever-present. It does not depend on particular triggers. It is easily spread and shared, passed around on the wind, like a rumour, like a virus.

Anxiety in Johannesburg is nothing new. Despite its intermittent glamour, the city has always felt unstable for those who live in it. South Africa’s largest and wealthiest urban centre, it is also deeply unequal and striated by the spatial markers of apartheid. According to urban planning professor Martin J. Murray, it leads a double life. The city is a paradigmatic exemplar of first world glamour and excess and third world improvement and degradation. It is simultaneously a global marketplace of speculative investment integrally linked to the world economy via globalising space of flows.

Black migrants who were once forced into urban labour by law now face the same conditions because of poverty, unemployment and rural underdevelopment. Fears of hunger and violence mesh with a neoliberal fear of failure, of being left behind in a rapidly changing world, painfully symbolised by the city’s “branded skyline”. White suburbanites who once quailed from imaginary communists now invest enthusiastically in security technologies and report passers-by to armed private guards.

In all parts of the city, from malls to taxi ranks to alleys, women worry whether they will make it home safely—or if at home, whether they will make it through the night. From hawkers in the central business district to grifters in the banking malls, nothing seems entirely fixed or reliable in this elusive metropolis. And yet conditions of anxiety within Johannesburg are seldom discussed by scholars.

Like any other city of the south, life in Johannesburg is fraught with the feelings that are central to modernity. What then does it mean that a city like Johannesburg so casually connotes anxiety to the north? And more importantly, if fearful emotion is the base layer of the modern age, as Bauman argues, what does it mean that we think more of anxiety about southern cities than in them?

In order to properly understand city life, we need to account for its emotional landscapes. We must ask what it means to be an anxious modern citizen, subject to the same epistemological insecurities as people elsewhere, in a location that is often represented as inherently unstable.

These are some of the question that we asked of contributors to our new book Anxious Joburg, a set of essays and reflections that consider the intimate inner lives of Johannesburg. Rather than classifying it as a list of developmental and economic problems to be solved, these scholars, artists and storytellers consider what it feels like to live in this complicated city.

From the gated community of Dainfern in the north to the township of Soweto in the south, from the liminal suburbs of Melville and Yeoville to the back rooms of Cyrildene and the apartment buildings of Hillbrow and the central business district, Anxious Joburg investigates the city’s complex affects from multiple positions. It invokes a range of theoretical approaches – among them visual art, cultural studies, psychology and anthropology – to argue for the central role of emotion in understanding urban life in the global south.

When city forms are lumped together as merely the source of dangers that worry the north, it becomes difficult to grasp the current shape of the urban, which is likely to reach its ultimate expression in the expanding mega-cities of the south. As academics Sarah Nuttall and Achille Mbembe argue, we must develop ways of reading African cities that are no longer “dominated by the metanarrative of urbanisation, modernisation and crisis”.

Part of this work requires us to consider intimate experiences of daily life. After all, as cultural theorist Sara Ahmed explains, Emotions should not be regarded as psychological states, but as social and cultural practices.

In southern cities, as elsewhere, emotions are performative and collective and have social and political consequences.

Johannesburg is not the most anxious or the most dangerous city in the world. It is not unique or uniquely terrifying. However, its global reputation, spectacular racist history and propensity for siege architecture make it a hugely valuable site for thinking about how anxiety structures contemporary life for denizens of the southern city.

The new book Anxious Joburg: The Inner Lives of a Global South City is available from Wits University Press

This article was originally published on The Conversation on October 20, 2020.