African countries are stuck on the free movement of people. How to break the logjam 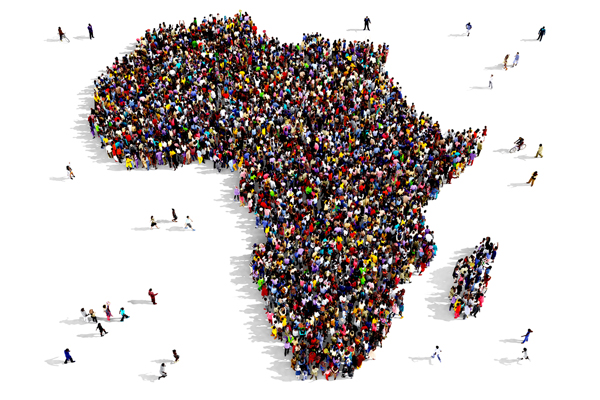 Senegal and Rwanda have a combination of visa-free access and visa on arrival policies for all Africans.

By Alan Hirsch, Professor and Director of The Nelson Mandela School of Public Governance, University of Cape Town

Most African countries signed onto the Free Movement of Persons protocol in Addis Ababa in January 2018. Its rationale was set out clearly: the free movement of people – as well as capital goods and services – would promote integration and herald in a host of other benefits. These included improving science, technology, education, research and fostering tourism.

In addition, it would facilitate inter-African trade and investment, increase remittances within the continent, promote the mobility of labour, create employment and improve the standards of living.

The protocol was the codification of the commitment to free movement made by African countries in declaring the establishment of the African Economic Community in Abuja in 1991. Free movement is also one of the key goals for Africa’s Agenda 2063.

And yet, four years after its ratification, only a handful of relatively small African states have fully ratified the Free Persons protocol. Over 30 countries signed the protocol in January 2018. But only Rwanda, Niger, São Tomé and Principe, and Mali have fully ratified it.

In 2018 I noted, that driving the protocol forward would not be straightforward. Unfortunately, progress has been slower than most observers expected at the time. It has become a real concern for African policymakers.

After recent research, including fieldwork in Africa and Europe on the slow progress of the protocol, I identified some revealing patterns in policymaking and implementation. After reflection it is possible to make some suggestions about how to move the process forward.

It is striking that there have been significant advances towards free movement by many African countries on a unilateral basis. This has been as a result of a range of innovative visa-openness and travel document solutions being adopted. But most of the countries at the vanguard of this movement are relatively poor, or small island states.

For example, Benin and Seychelles offer visa-free access to all African visitors with appropriate travel documents. The two are listed as the most liberal African countries according to the 2019 Visa Openness Index of the African Development Bank.

Richer and larger African countries are the laggards in opening their borders.

Some regional economic communities, such as the East African Community and Economic Community of West African States (ECOWAS), have strong multilateral border opening agreements. But these are unevenly implemented.

In other regions, notably the Southern African Development Community (SADC), there’s been a heavier reliance on bilateral agreements within multilateral frameworks.

The reluctance of many African countries, especially the larger, richer countries, derives from several concerns.

The first is that they are sensitive to citizens who fear that foreigners might take their economic opportunities. This issue is especially present in highly unequal countries where populist politicians can stir up emotions.

What needs to be done

In my view, the threat of xenophobic mobilisation can be reduced if legitimate concerns are addressed.

For example, many countries in Africa have inadequate systems of civil registration. Many also have inadequate identity documentation systems. This makes it difficult for home countries of migrants to vouch for their citizens to the satisfaction of host countries.

When it comes to data on criminal and security issues, it’s important that information is well-managed and shared with partner countries when necessary. There should also be agreement on repatriation processes.

All these concerns are opportunities for cooperation. Systems can be developed in collaboration between countries, and officials trained in poorer countries. This should ideally be as part of regional or continental processes.

At present it seems easier to move forward on a regional basis than at a continental level. Smaller groupings seem to be able to move forward more easily. Where there is regional leadership and consistent internal or external support, progress can be made even in fragile states.

Slow progress in the adoption of the continental free movement protocol may be due to misunderstandings or concerns about the implementation process. Some key stakeholders believe that the protocol is not sufficiently understood and that publicising and championing it will lead to more ratifications.

My view, however, is that the implementation process set out in the implementation roadmap which accompanied the protocol isn’t clear. Clarification and practical commitment to address some of the underlying concerns is more likely to take the process forward.

In addition, free movement across the continent could be promoted by encouraging regional groupings – and even ad hoc groupings – to move forward, even if they are moving ahead of other countries.

When groups of countries agree to move forward together within the framework of the protocol, they should be expected to mutually open their borders when the preconditions are met. Reasonable preconditions could be specified in a revised roadmap or implementation guide.

Another strategy for driving the process forward, as suggested recently, is that the free movement process could be more explicitly and organisationally linked to the free trade process.

In addition, the initiative needs a proactive process to enable poorer countries on the continent to progressively meet the preconditions for higher levels of integration at appropriate standards. This would entail the establishment of technical committees of senior officials of the member states and experts from the region at both the regional and continental levels to address issues holding the free movement project back.

It would also require setting out a process to support poorer countries in achieving agreed preconditions for integration.

There are already several initiatives around foundational prerequisites – such as civil registration and identity documents – that could be harnessed. An example is the World Bank’s ‘Identification for Development’.

Another is the EU’s work on migration management in Africa. This could be extended beyond its preoccupation with emigration to Europe.

But to be a part of a credible continental strategy, the initiatives should be led and owned by African countries and regional organisations.

This article was originally published on The Conversation on January 16, 2022