Advertising campaigns: What you don’t see 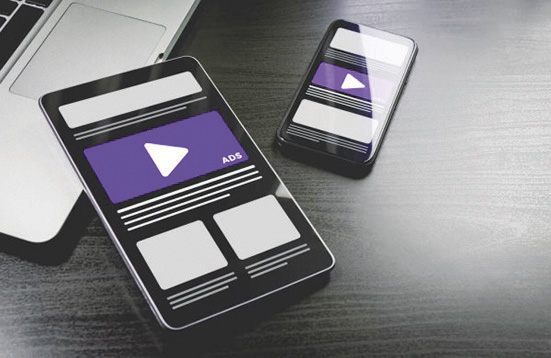 Research shows that advertising agencies and clients act opportunistically both before and after the signing of a contract.

The advertising and media industry, like many, have taken a hit from the Covid-19 pandemic. But, unlike a host of others, it’s been fragile for a number of years. Global advertising spend is forecasted to fall by 9.1% by 2021.

Advertising agencies are faced with shorter consumer attention spans, plummeting budgets, an ever-evolving media channel dynamic and the pressure to deliver faster than ever before. This, coupled with clients’ growing concern over their return-on-investment, has resulted in issues in the relationships advertising agencies have with their clients.

An unspoken issue in this relationship is the opportunistic behaviour by both parties, to the deliberate detriment of each other. Beneath the glamorous award ceremonies, witty campaigns by our favourite fast-food joints and jumping on the latest Instagram challenge bandwagon are deceptive behaviours. A case in point is the Wimpy-McDonald’s scandal. After pitching an idea to McDonald’s, employees of advertising agency OwenKessel Leo Burnett began working at a new advertising agency, ‘The Odd Number’. There, they pitched the same idea that they had pitched to McDonald’s. In the end, the competing fast-food chains released the same advert.

The study directs attention to client–agency opportunism by describing how it happens. It concludes with a discussion on how today’s client–agency dynamics can be improved. One suggestion, for example, is a simple two-way communication. Both advertising agencies and clients should clearly state what their objectives and available resources are. This will set the expectations of the relationship, to avoid misunderstandings, assumptions or tit-for-tat behaviour.

The research shows that advertising agencies and clients act opportunistically both before and after the signing of a contract. Based on verbatims from the key account managers and marketing managers, the following findings were obtained.

Pre-contract, advertising agencies over-promise and withhold information. Often, the senior executives who pitch to the client are promised to work on the actual campaign, yet junior employees end up working on its post-contract. Other advertising agencies list clients on their website who they have done menial, or no, work for, giving a misleading impression of their credibility.

A particularly unique trait of advertising agencies is their prioritisation of winning awards, rather than doing what is best for the client’s return-on-investment. They might suggest, for example, the client pays about US$8990 for a television commercial, with the intention of using the campaign to win an advertising award. The client in this case would have benefited more from spending the money elsewhere.

Once the honeymoon phase is over, the opportunism grows. Both parties continue to withhold information to maintain an advantage over the other. Advertising agencies overcharge by misrepresenting their actual hours working on the campaign. They also mislead their client to believe that the work undertaken is strenuous. This type of behaviour was prevalent with the advent of digital marketing. Clients overpaid for setting up websites or Facebook campaigns because it was unfamiliar territory to them. They did not know how few hours it actually took to create a Facebook advert.

Some agencies neglect, or stall, smaller client work to meet the demands of larger clients. Other agencies create separate entities, to work with competing brands from the same industry. For example, Entity A works with ‘Betty’s Burgers’ and Entity B works with ‘Bob’s Burgers’. In the case where allocated human and financial resources are agreed in advance, some agencies fail to disclose to the client when an employee has left their agency. This leaves the advertising agency with more money to distribute among their staff.

Post-contract, clients primarily use their power advantage to illtreat advertising agencies. This includes calling the advertising agency’s key account manager on a Sunday morning to demand work for 8am the next day. Some clients also send vague WhatsApp messages as briefs and expect the agency to deliver an outstanding campaign off that.

Be that as it may, opportunistic behaviour in these relationships will continue to prevail. While there are sincerely altruistic people out there, opportunism is inherent in human behaviour. This is evident by the cases, such as Facebook and Cambridge Analytica; Volkswagen’s Dieselgate; and the North Face-Wikipedia scandals.

That said, favourable working relationships can be fostered by two-way communication, accountability from both parties, seeking an appropriate culture-fit early on, being fair and realistic when charging and paying, embodying reliability and adapting to changes in the environment as partners.

This article is based on the study, Perspectives: client–agency opportunism: how does it happen and what can we do about it? that Raeesah Chohan co-authored with Richard Watson and Leyland Pitt, which was published in the International Journal of Advertising.

This article was originally published on The Conversation on September 15, 2020.